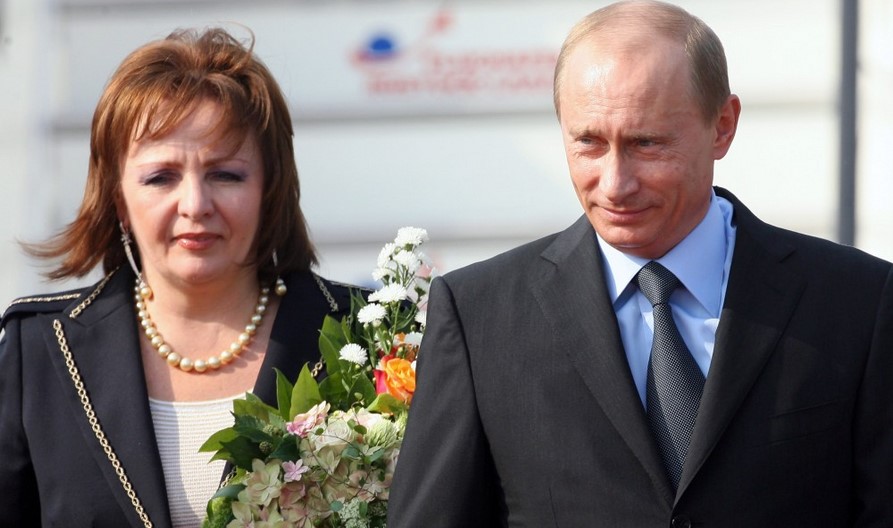 While the entire world is watching Russian President Vladimir Putin’s every move, here’s a glimpse at his ex-wife Lyudmila Aleksandrovna Ocheretnaya.

Putin prefers to keep his personal life hidden from the public eye. In public, he rarely mentioned his ex-wife or his daughters.

After 30 years of marriage, the president and his wife have split up. Here’s what we know about her.

Lyudmila Aleksandrovna Ocheretnaya, the former Russian first lady, held the position from 7 May 2012 to 6 June 2013.

“Our marriage is finished because we seldom see each other,” Lyudmila had remarked after divorcing her former husband, adding, “Vladimir is entirely immersed in his profession.”

Our children have grown up and are now living their own lives… And I despise being in the spotlight.

Who is Lyudmila Aleksandrovna Ocheretnaya?

Lyudmila and Putin declared officially in June 2013 that they were terminating their marriage due to a mutual decision.

The couple’s divorce was announced in the media, putting an end to years of conjecture about their relationship.

The divorce was formalised in April 2014, according to the Kremlin. After 30 years of marriage, the couple divorced.

Lyudmila Aleksandrovna Ocheretnaya is Lyudmila Putina’s full name. She was the ex-wife of Vladimir Putin, the current President of Russia and one of the world’s most powerful men.

Prior to his current role, he served as Prime Minister of Russia.

Her father raised her at the Kaliningrad Mechanical Plant. She studied and worked as a linguist in Kaliningrad, Soviet Union, where she was born.

Her schooling was received at Leningrad State University, where she supposedly earned a bachelor’s degree in philology and Spanish language from the Department of Philology.

Who is Vladimir Putin’s Wife?

In her early years, Lyudmila worked as a flight attendant at Aeroflot’s Kaliningrad office. She met Vladimir Putin in Leningrad through a mutual friend, and the two hit it off right away.

In July in the early 1980s, they married. Their wedding took place on July 28, 1983. Their marriage was a success, and she became the mother of two girls as a result.

On June 6, 2013, Lyudmila and Vladimir Putin publicly announced their divorce. The decision was taken in front of a camera for the news media in the Kremlin Palace, and was believed to be mutual.

The divorce was formalised in April 2014, according to the Kremlin.

This brought an end to the couple’s 30-year marriage, which began in 1983 when they met and married.

Lyudmila married to Artur Ocheretny After Her divorce

Lyudmila married Artur Ocheretny after a few years, according to reports. The wedding took place in early 2015, and reports surfaced the following year.

Since then, she has lived a tranquil life, as she has done throughout her life.

She kept a modest profile as first lady, shunning the spotlight. Her public appearances were completely governed by government etiquette.

In Leningrad, she ran upon her ex-husband, Russia’s current President Vladimir Putin.

The two initially met when a mutual friend took Putin and several women to see a play. In July of 1983, they married.

Mariya and Yekaterina are the couple’s two daughters.

Lyudmila is a linguist who graduated from the Department of Philology’s branch of Spanish language and philology at Leningrad State University. She has also worked as an Aeroflot flight attendant.

From 1990 through 1994, the former first lady taught German at Leningrad State University’s Department of Philology.

She was a Moscow representative of the corporation Telecominvest before President Putin was appointed Prime Minister of Russia in August 1999.

Lyudmila reportedly married Artur Ocheretny in January 2016. He is said to be a businessman who is 21 years her junior.

Ocheretny has worked for the Moscow-based publishing house Centre For Interpersonal Communications and Literature Education, as well as the Art Show Centre.