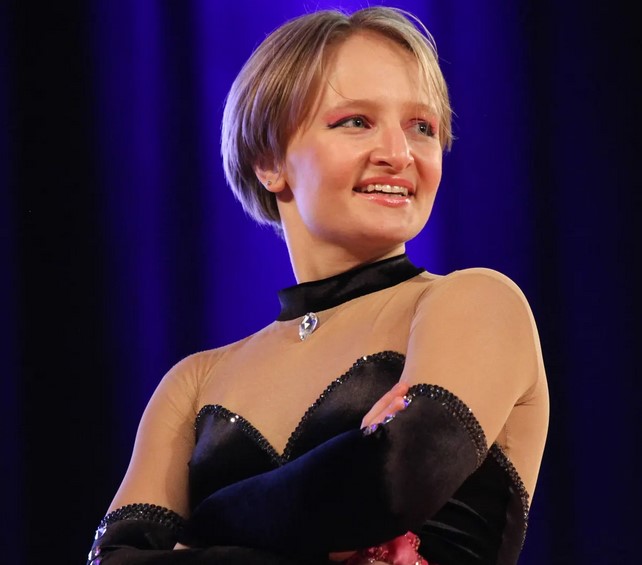 On August 31, Katerina Tikhonova was born (1986). She is a former acrobatic dancer and a Russian scientist and manager. She is Russian President Vladimir Putin’s second daughter.

She is also the Deputy Director of Moscow State University’s Institute for Mathematical Research of Complex Systems.

Tikhonova was born in Dresden, East Germany, as the younger of Vladimir Putin and Lyudmila Putina’s two daughters.

In the spring of 1991, the family relocated to Saint Petersburg. She and her sister Maria were later sent to Germany by their father, who feared for their safety, during violent gang wars involving the Tambov Gang as it took control of St. Petersburg’s energy trade.

Their legal guardian was former Stasi Matthias Warnig, who had worked with their father in Dresden as part of a KGB cell and established the Dresdner Bank branch in St. Petersburg.

She afterwards went to the German School in Moscow. She dropped the Putin surname in favour of Yekaterina Tikhonovna Shkrebneva, the patronymic name of her maternal grandmother.

Tikhonova began her university studies at Saint Petersburg State University in July 2005, after passing entrance tests with her sister Maria.

The university’s rector, Lyudmila Verbitskaya, is a close friend of her father’s. Despite her strong interest in Chinese studies, she chose to specialise in Asian studies and study Japanese history under the dean of the university, Yevgeny Zelenev; she graduated in June 2009.

She holds a master’s degree in mathematics and physics.

Tikhonova is the head of Innopraktika, a $1.7 billion development project at Moscow State University to build a science complex.

Innopraktika competes with the Skolkovo Innovation Center and is dubbed the “anti-Skolkovo” by Stanislav Belkovsky.

Tikhonova was named head of a new artificial intelligence institute at Moscow State University in February 2020, according to Innopraktika.

Tikhonova successfully defended her dissertation in May 2019 and was awarded a bachelor’s degree in physics and mathematics.

“Mathematical challenges of adjusting the activity of vestibular mechanoreceptors” was the title of the scientific paper.

A succession of scientific articles in partnership with well-known scientists preceded this.

The scientific supervisor was Viktor Sadovnichiy, the rector of Moscow State University.

Tikhonova was appointed to the Russian Federation’s Government’s Council for the Development of Physical Culture and Mass Sports in December 2019.

Tikhonova was a fan of acrobatic rock’n’roll in the mid-2010s, an unusual non-Olympic sport with only approximately two hundred persons in the world ranking.

In 2013, she and her partner Ivan Klimov finished fifth in a global championship event in Switzerland.

The duo finished second in the Russian Championship in 2014.

Tikhonova was a Vice President for Expansion & Marketing at the World Federation at one point.

Tikhonova married Kirill Shamalov, the son of Nikolay Shamalov, a Rossiya Bank co-owner, in 2013. He is also the vice president of Sibur Holding, a Russian gas processing and petrochemicals firm based in Moscow.

The Russian government owns 38 percent of the gas company’s stock. The couple’s assets were thought to be valued roughly $2 billion at the time. Tikhonova and Shamalov were said to have split up in January 2018.