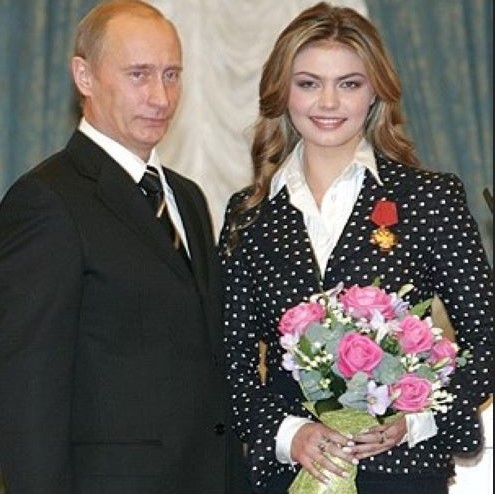 Since Russian President Vladimir Putin launched the invasion of Ukraine on February 24, several details about his normally private personal life have surfaced.

Putin married once, in 1983, while working for the KGB intelligence service. He married Liudmila Shkrebneva in 1983, but the couple divorced in 2013.

Shkrebneva did not appear much in public throughout their marriage, but as first lady, she undertook cultural and charitable work. In 2016, she began dating Artur Ocheretni, a man 20 years her junior.

Who is Alina Kabaeva, Putin’s girlfriend?

Putin has long been associated to Alina Kabaeva, a former gymnast. However, when asked about the relationship, Russian President Vladimir Putin merely answered, “Everything is in order.”

As a result, we don’t know whether Putin has simply two daughters or as many as four.

Alina Kabaeva is a retired rhythmic gymnast from Russia who won two Olympic medals, gold in Athens and bronze in Sydney.

What are the names of Putin’s daughters?

That marriage produced two girls who, for security reasons, have never used their father’s surname, instead opting for pseudonyms. Maria (Masha), the eldest, was born in Leningrad during Gorbachev’s perestroika (1985).

(now St. Petersburg). She is an endocrinologist who married Jorrit Faasen, a Dutch businessman who worked for Gazprom, Russia’s largest gas firm.

Putin disclosed that he and his wife have one son and two grandchildren. It’s unclear if they’re both Maria’s children or if one of them is his other daughter.

Yekaterina, Putin’s youngest daughter, was born three years later in Dresden (where Putin was stationed by the KGB).

She works at Moscow University as a researcher on investment programmes. Between 2013 and 2018, she was married to billionaire Kiril Shamalov.

Her colleagues at Moscow University confirmed that she was Putin’s daughter, despite the Kremlin’s denials.