Ritu Nanda Wiki: Hi, Friends Today I am going to share some interesting information on the topic of Ritu Nanda. 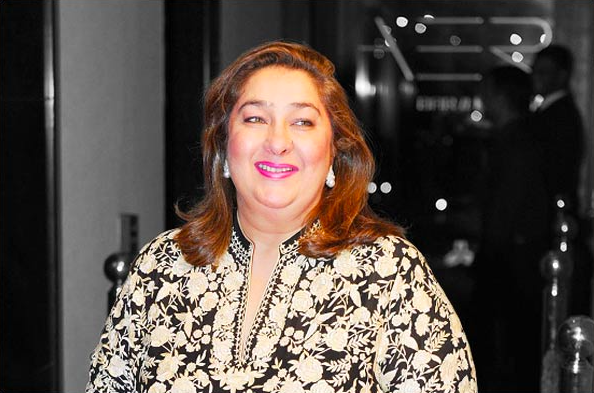 The Ritu Family, Relatives, and Other Relations

She is the daughter of the Showman of Bollywood and well known late actor Raj Kapoor. He was the true legend. She is married to Rajan Nanda. Rajan was a successful industrialist of India. The couple has two children, namely Nikhil Nanda and Natasha Nanda.

She is also the grandmother to Naveya Naveli Nanda and Agastya Nanda. Through her son Nikhil Nanda and daughter-in-law Shweta Bachchan.

Moreover, she is also the aunt of Bollywood actors like Kareena Kapoor, Karisma Kapoor, and Ranbir Kapoor.

Ritu Nanda was an enterprising lady. She was the CEO as Chief Executive Officer of Ritu Nanda Insurance Services. She had set a record for selling 17 thousand pension policies in one day. This has made into the Guinness Book of Records for the same and made India more proud.

She has over 56 thousand clients under her. She also served on the board of the family’s other companies like Escolife and Rimari Corporate art services.

Ritu was a strong and vibrant industrialist and an executive woman. But her siblings opted to become stars in Indian cinema. Ritu was also chosen to become an entrepreneur on her own.

She has also received an award from the Life Insurance Corporation of India as the Best Advisor of the Decade.

The Net Worth of Ritu Nanda

The estimated Net worth of Ritu Nanda is $25 million US dollars.

In the year 2012, Ritu Nanda was diagnosed with a disease of cancer. She is recently recovering from this. She is a true and strong believer in Shirdi Sai Baba. Ritu had been fighting cancer for the last seven years. She took her treatment in the United States.

So, these are the important information on the topic of Ritu Nanda. She was a great Entrepreneur and daughter of legendary actor Raj Kapoor. Raj Kapoor was called to be a Showman. Raj Kapoor Production house is also there in Mumbai.

Ritu Nanda’s brother and late actor Rishi Kapoor were also no more. He was also died due to Cancer. Recently only the lasts his breath. He was also a younger brother to Ritu and an aspired actor. He was a husband to Nitu Kapoor and father of actor Ranbir Kapoor.

As many of aware of Ritu Ananda, who is a mother in law to Shweta Nanda Bacchan.

The Kapoor family is a legacy through her grandfather actor Prithviraj Kapoor. The film background is in their blood. A very big and popular family in the Bollywood industry. Many of their family unknown personality is also known through their surname called Kapoor.

But Ritu Nanda was from filmy family background. She opted for her career as a businesswoman. Now her business is gaining by her son Nikhil Nanda and daughter Natasha Nanda.

Being into the film background. Ritu Nanda was also attended many parties, occasions, and awards functions.

She was an amazing businesswoman. Who was running his business and has a renowned name in the society?

She then also opted for the business rather than film background.

Please go through the article and enjoy reading it.