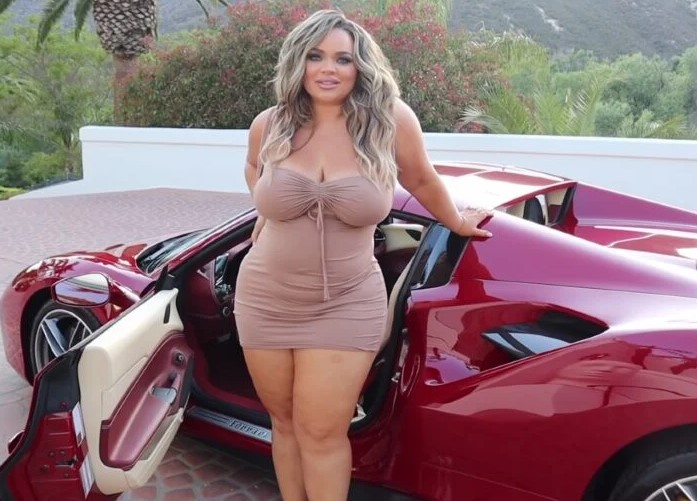 Trisha Paytas has a net worth of $10 million as a media personality, actress, music artist, and entrepreneur in the United States. Trisha Paytas was born in May 1988 in Riverside, California. She used to work as a stripper and as an extra in movies and television shows.

She worked as a correspondent for the television show The Greg Behredent Show in 2006, and she appeared in the reality show Who Wants to Be a Superhero? in 2007. She has a recurring role in the TV show The Ultimate Man in 2010.

Paytas has starred in a number of music videos, including those for Amy Winehouse and Eminem. In 2006, she started the blndsundoll4mj YouTube channel. The channel now has over 5 million subscribers and has received over 2 billion views.

Trisha Paytas was a contestant on the reality show Celebrity Big Brother in 2017.

Fat Chicks, Superficial Bitch, Under the Covers, Daddy Issues, Showtime, Warrior, and Chicken Fingers and Lipo are just a few of her albums.

Trisha and Ethan Klein are co-hosts of the podcast “Frenemies.”

Trisha Paytas was born in Riverside, California, on May 8, 1988. Frank and Lenna have a daughter named Paytas. Her ancestors were Hungarians.

Her parents divorced when she was three years old, and she moved to Illinois with her mother. Paytas grew up in the town of Freeport, Illinois, just outside of Rockford. She resided in Byron from 1996 until 2003.

Trisha began working as a stripper to support herself while signing up for minor modelling projects and foreign commercials, as she struggled to find her footing in the profession.

She made her television debut in 2006 as a host on the highly anticipated but short-lived ‘Greg Behrendt Show.’ She competed in the second season of ‘Who Wants to be a Superhero?’ the following year.

On the adult subscription portal OnlyFans, Trisha is said to be one of the highest-paid people. According to reports, she gets up to $1 million per month from the platform

Trisha paid $3.7 million for a mansion in Westlake Village, California in January 2021.