Home Uncategorized What Are All the Medieval Military Ranks? 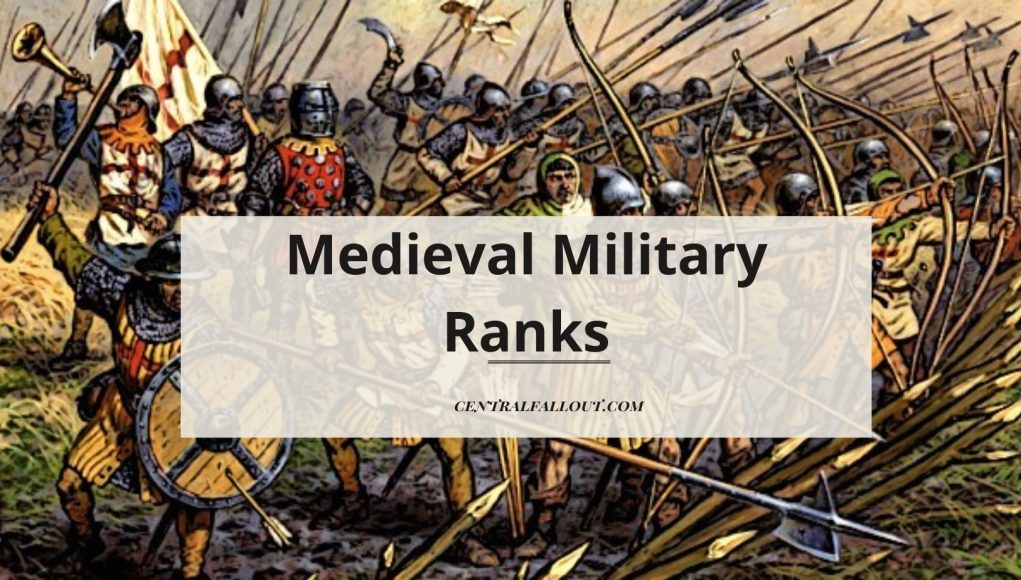 What Are All the Medieval Ranks?

Hi, Dear All Today I am sharing more exciting information on the topic of Medieval Military Ranks.

What were all of the medieval army ranks? First off, keep in mind that the middle ages cover more than 1000 years of history and an entire continent. What was true in one time and place was not true in others.

For most of the medieval period, armies did not have a formal system of ranks like a modern military.

There were titles of nobility, and there were offices and positions which had authority, but it all wasn’t as clear-cut as a modern army. There wasn’t “the army” as a distinct institution.

The king had subordinate nobles as vassals, who themselves had vassals, each of whom owed their liege-lord military service in return for lordship over their estates.

The size of your estate(s) determined how many armed retainers you were supposed to bring with you when called.

A lesser knight might be required to get five men-at-arms (paid and equipped out of his pocket), while a greater lord with multiple estates might have to bring several hundred.

Some people served the king directly, but many (even most) did not. An army was just an ad-hoc assemblage of the retinues of multiple lords.

A “captain” was a leader of a group of men of any size, and his assistants were “lieutenants” Likewise, picked men among the troops were “sergeants,” and the senior sergeant might be called a “sergeant major.”

But the thing to remember, this wasn’t a formal system of rank; it was a description of their role.

All captains were not of equal level – their status was a function of their titles, wealth, connections, and how many men they had under their banner.

Remember that this is a feudal culture; your loyalty was to your immediate liege-lord.

You weren’t in “the army.” You were in service to Lord Nonesuch, the vassal of Duke Mucket muck.

If someone came up to you and said he was lieutenant to Baron Snooty and tried to give you orders, you could tell him to go pound sand; he had no authority over you.

Various chivalric orders (Hospitalises, Templars, etc.) had their internal system of ranks, but again this was more an indication of the office they held than their rank.

So, it is essential information on the topic of Medieval Military Ranks.

admin - October 6, 2021 0
Noelle Watters Hi, Dear All Today, I will share more exciting information on the topic of Noelle Watters. Please move on to the article, and I...