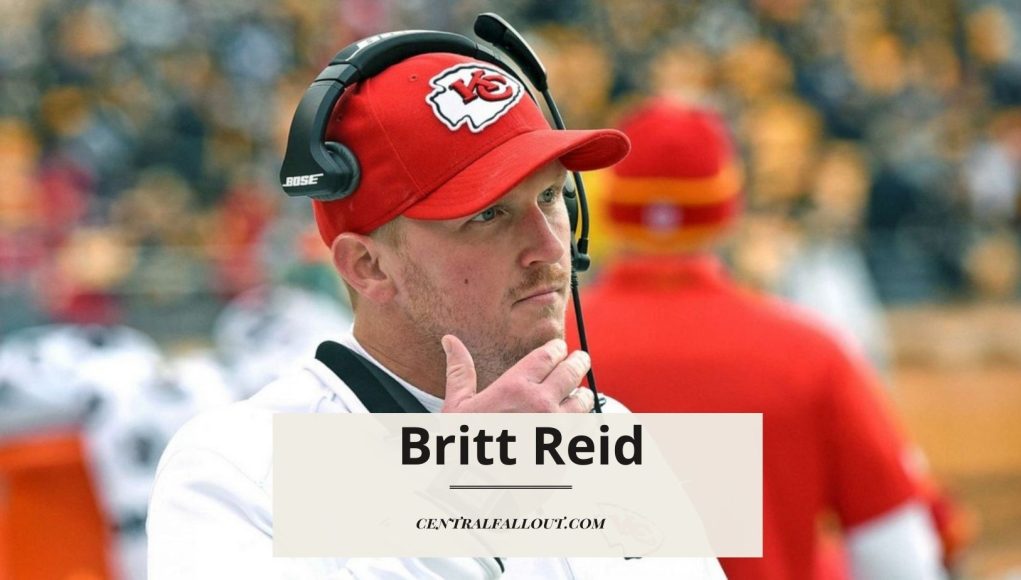 Britt Reid was born on the date of April 28, 1985. He is a former American football coach and was born in Los Angeles. He played football at Harriton High School for four years. Britt was serving as the team captain for three seasons. Reid plays in the East-West All-Star Game as a Senior.

He attends college at Temple University and receives a bachelor’s degree in Communications.

He most recently serves as an outside linebackers coach for the Kansas City Chiefs of the National Football League. Britt’s coaching career has mainly been because of his father, Andy Reid.

He is a Practice Squad Coach Intern in 2009 with the Philadelphia Eagles. Several defensive coaching positions for the Kansas City Chiefs from 2013 won the Super Bowl LIV.

Reid did not travel with the Chiefs for their Super Bowl LV loss to the Tampa Bay Buccaneers because he was on administrative leave connect to a multi-vehicle crash.

There Breid admits that he had been drinking that day.

In 2008, he was an Assistant Offensive Line Coach at St. Joseph’s Preparatory School in Philadelphia.

Britt was a Training Camp Coordinator Intern for the Philadelphia Eagles under Andy Reid’s father.

Before his graduation, he serves as a Student Assistant for the Temple football program for two seasons, assisting the offense. Reid also spent two years working at the Steve Addazio football camp.

After his graduation, he joins his father on the Kansas City Chiefs coaching staff in 2013 as the Defensive Quality Control Coach.

He is a married man. Britt is married to a gorgeous wife, whose name is Kristen Nordland.

Britt Reid’s wife is a Former Model. Both got married in 2012 and have three children, a son two daughters.

His son’s name is Maverick Reid, and his daughters are named Saylor Reid and Somers Reid.

2007, Britt sentenced to 8 to 23 months in jail alongside his brother Garrett for running a “drug emporium” from their home.

He was involved in a road rage incident in 2007, where he points a gun at another man’s face.

A lawsuit was at the end settle out of court for an undisclosed sum in 2014.

He involves in a multi-vehicle crash on February 4, 2021. That injures two young children near the team’s training complex, just a few days before Super Bowl LV.

Reid admits to officers that he had consumed 2 to 3 drinks earlier in the evening and was on Adderall.

According to a probable cause statement, two hours after the crash, he had a blood alcohol concentration of .113, above the legal limit of .08.

Britt and a five-year-old passenger of another vehicle hospitalize.

The passenger of five years old was in critical condition and spent ten days in a coma. April 2, 2021, is roughly two months after the accident. The five-year-old girl came out from the hospital.

She was still unable to walk or talk and feed through a feeding tube. The accident led the Chiefs not to renew Reid’s contract. That expired at the end of the 2020 season.

On April 12, he charges with a DWI, a D-Level, a crime regarded in the United States that carries a maximum sentence of seven years in prison.

Britt Reid, a former Chiefs assistant coach charged with drunk driving in an incident that gravely injured a 5-year-old girl, has a trial date set.

On April 18, 2022, Reid, the son of Kansas City Chiefs head coach Andy Reid, will testify before a panel of judges.

J.R. Hobbs, Reid’s lawyer, said in July that there was still more investigation to be done, including the possibility of expert witnesses in the case.

Britt has a troubled past, sentenced to 8 to 23 months in prison and five months probation on gun and drug charges in 2007 for pointing a handgun at another motorist.

So, it is essential information on the topic of Britt Reid.

admin - September 24, 2021 0
Lily Newmark Hi, Guys; I will share more exciting information on the topic of Lily Newmark. Please move on to the article, and I enjoyed reading...