Home Biography Who Is Wayne Perry And What Happened To Him? 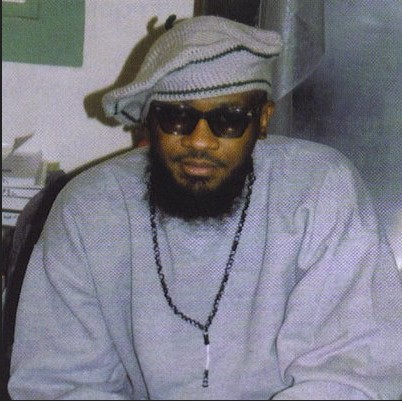 In the late 1980s and early 1990s, Wayne “Silk” Perry was regarded as one of the most renowned gangsters to roam the streets of Washington, D.C.

His name has been described as ruthless, calculated, and dangerous, to mention a few adjectives. Until he became a Muslim and a Black Nationalist, he was a professional head hunter and reputed killer.

Who is Wayne Perry? According to the Washington Post, Perry is one of the most horrible murders in the District. In the song “Tom Ford,” Jay-Z immortalized the gangster in rhyme:

1. What happened to Perry: Know About his background

Perry was born in Georgia in 1962. He wasn’t long before he was embroiled in the criminal world.

Perry informed writer Seth Ferranti, who interviewed him for the book “Street Legends, Vol. 1,” in 2005 that he “first placed his foot in the soil in 1974,” when he was just 12 years old.

Perry said that by the age of 16, he was involved in unlawful activities like drug trafficking, assault, and bank robberies.

“I was hustling on the street and gaming, using crooked dice and marked or cut cards,” Perry informed Ferranti in 1976.

According to law authorities, Perry served as a hitman and bodyguard for Alberto “Alpo” Martinez, a Harlem drug kingpin who transported cocaine to Washington.

2. Perry: It’s about saving lives, not taking them

Perry discussed how his perspective has changed after he discovered Allah and converted to Islam in a phone interview with the King Earner YouTube channel on Aug. 23, 2018.

“Wayne Perry Speaks on Pleasing Allah and Uniting Based on #PureHonor and Talks About Saving Lives,” is the title of the episode.

“There’s no need for anyone to glorify the game; we already have enough fools playing it.”

The man who used to take people’s lives now wants to save them. “I want to save our people,” Perry stated, adding that he has been isolated for “the last 20 years.”

In September 2020, presenters DJ G$money and Flip Da Script got down with Sean Branch for the 169th episode of FlipDaScript on the QuietRoom YouTube channel (aka Teflon Sean).

Branch, a “murderous drug-gang enforcer,” was detained with Perry, according to D.C. police. After catching Perry with another man, he said he lost respect for him.

“Yeah, because I saw it,” Branch said when asked if Perry was gay.

“I put that on my dead kid,” he added, “and this is a side of Wayne I lost respect for.”

He told of strolling through Perry’s detention “chamber” and said he saw everything personally. “When I questioned about it, (Perry) answered, ‘Stay out of my business.’ Branch stated, “I lost all respect for him.”

In the 1990s, Perry’s walls were closing in on him, and the FBI was keeping a close eye on him.

Martinez blew the whistle on Perry. Perry was charged with 27 counts in 1993, including first-degree murder, retaliating against a witness, kidnapping, robbery, and conspiracy to distribute crack cocaine.

Perry was the chief organizer and shooter in eight murders between 1989 and 1991, according to the indictment.

In an Ozy interview, Cavario H., author of “Raised by Wolves: Inside the Life & Mind of a Guerrilla Hustler,” said, “The names of Alpo and Wayne Perry will forever be linked since the treachery that took place between them was just as legendary as the bond they previously enjoyed.”

“Silk” was Perry’s nickname, and he was also known as the “Michael Jordan of the murder game.” And it had everything to do with how he carried out his illicit activities.

According to Gorilla Convict, Perry’s murders “were so smooth that bystanders were left perplexed as to how the guy right in front of them got shot right in the head.”

Dimple Gola - March 30, 2022 0
Geffri Maya Hightower is an actress and model from the United States. Her involvement in ABC's hit TV series "Private Practice" catapulted her to...