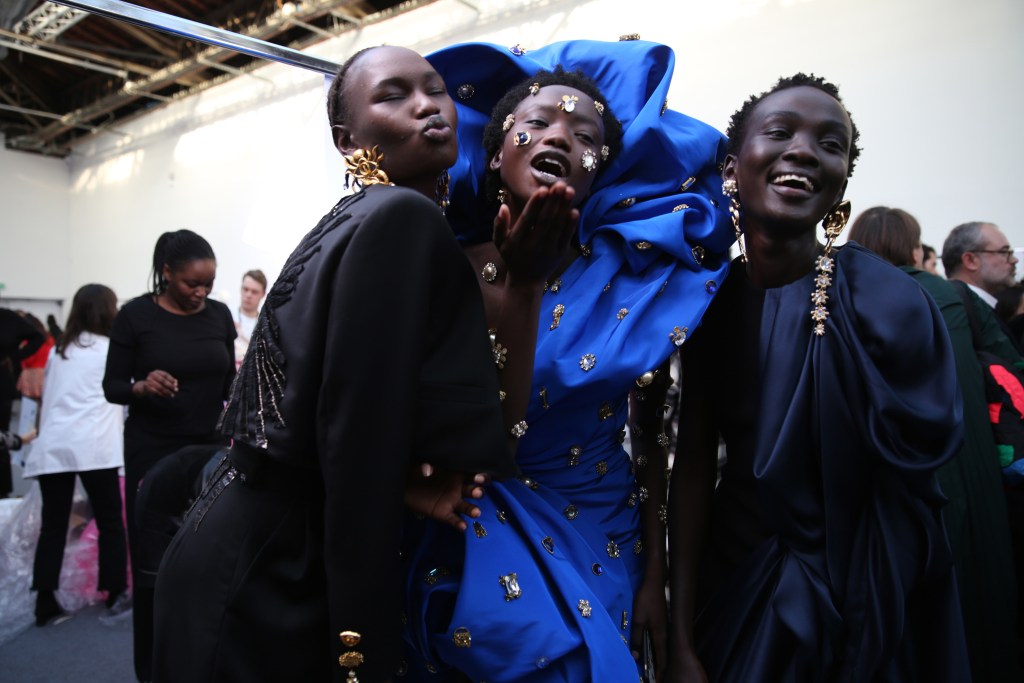 PARIS — Top houses including Dior, Chanel, Fendi, Valentino and Jean Paul Gaultier plan to go ahead with physical shows during Paris Couture Week, against a backdrop of event cancellations due to the coronavirus pandemic.

Schiaparelli will return to the runway for the first time since the coronavirus pandemic began. The house’s creative director Daniel Roseberry has become the darling of celebrities like Cardi B, Beyoncé and Lady Gaga, racking up red carpet appearances and magazine covers while staging digital-only presentations.

The season also marks the return of Valentino, which has shown its collections in Italy and online for the last three seasons.

A question mark has been hanging over Paris Couture Week, scheduled to run from Jan. 24 to 27, ever since Giorgio Armani announced last week that he was canceling his Privé haute couture spring 2022 show due to the surge in COVID-19 infections in Europe.

French AIDS charity Sidaction subsequently postponed its fundraising gala to July 7, and it is understood that most events have been called off.

Giambattista Valli has opted for a digital presentation that is scheduled to go live at 7:30 p.m. Paris time on Jan. 17, the eve of Men’s Fashion Week.

The shows will comply with reinforced safety protocols. In addition to travel restrictions, which are regularly updated, the French government plans to upgrade its existing health pass to a vaccination pass on Jan. 15.

If the bill is adopted by the Senate, only vaccinated people will be able to access show venues. A negative test for COVID-19 will no longer be sufficient. The federation also recommends wearing a medical-grade FFP2 mask at all times.

What to Watch: Can Paris Fashion Week Really Become Inclusive?

Netflix Renews ‘Emily in Paris’ for Seasons 3 and 4 – WWD