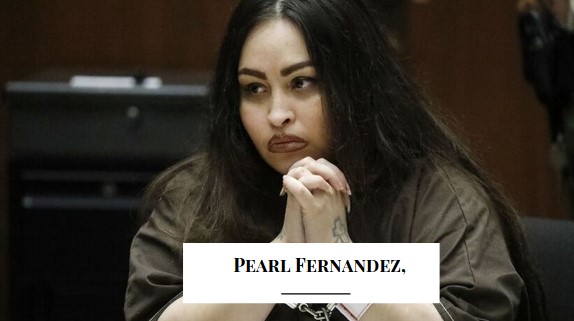 Pearl Fernandez, a Palmdale mother, pled guilty to the murder of her eight-year-old son in the first degree.

Gabriel Fernandez, the son, was subjected to months of torture and violence at the hands of his mother and her partner, culminating in his death in 2013.

What Happened To Pearl Fernandez,  Gabriel Fernandez’s Mother In Prison? After five years, Pearl Fernandez pled guilty to the first-degree murder of her son Gabriel Fernandez in 2017.

Even though the prosecutors sought the death penalty for Fernandez and her 40-year-old lover Aguirre, Fernandez was sentenced to life in prison without the possibility of parole in 2018.mOnly Aguirre received a death penalty sentencing.

Following their convictions, reports began to circulate that Fernandez was being tortured and burned in prison on social media.

Inmates are said to treat a prisoner who has abused children harshly. After hearing she was being assaulted, chopped up, and burned in jail last year, a Twitter user voiced their joy.

Peral Fernandez was beaten and burned with hot coffee in prison,” another user wrote alongside a clapping GIF.

It’s worth noting that none of these claims have been confirmed by official sources so they may be nothing more than rumors.

According to Distractify, Pearl Fernandez is still alive and serving her term in Chowchilla State Women’s Prison.

What Was Pearl Fernandez’s Role In Her Son’s Murder?

Although the specific participation of Pearl Fernandez in her son Gabriel’s murder is unknown, she has admitted to torturing him in the past.

Fernandez dialed 911 to report the incident. On May 22, 2013, Gabriel was unconscious and not breathing.

Paramedics arrived and brought him to the hospital, where he was discovered to have a damaged skull, three broken ribs, and teeth that had been knocked out.

The BB pellets also seriously wounded his lungs and groin. Two days later, he passed away. Moreover, during his eight-month stay with his mother, he was hungry and tortured constantly.

Pearl’s boyfriend used to make him eat the litter and feces from the cat and then lock him in a drawer. Fernandez was aware of what was going on with the youngster.

According to the Los Angeles Times, she admitted to the special circumstance allegation of international murder by torture. Still, she then claimed that she was not her son’s actual killer in a petition file.

Her motion was denied by a judge in Los Angeles County Superior Court, who concluded that she was not entitled to resentencing relief.

Dimple Gola - January 7, 2022 0
Cynthia Rowley Net worth: Cynthia Rowley is a fashion designer from the United States with a net worth of $100 million dollars. Cynthia Wiki &...