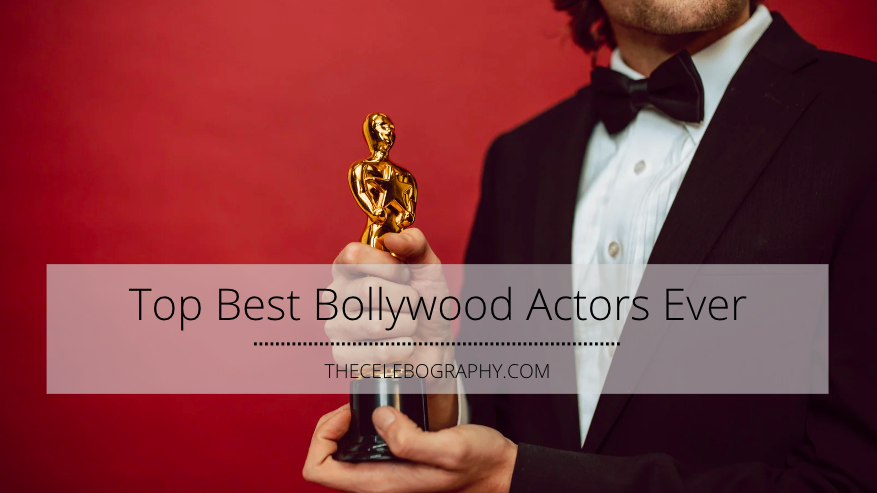 Bollywood is a magical place for tons of movie lovers. It is one of the world’s leading film industries, producing films in various genres, from love stories to action thrillers. For any movie fan, the world of Bollywood can be fascinating as it is home to some of the world’s most talented actors and actresses.

While most individuals are already familiar with major Bollywood stars like Shah Rukh Khan, Salman Khan, and Aamir Khan, many other brilliant talents have successfully built a niche for themselves in the Bollywood industry. The industry is brimming with renowned actors, some of whom you may not be well familiar with.

In this article, we will examine some of the greatest Bollywood actors of all time. So, if you enjoy Bollywood films and want to learn more about these incredible actors, keep reading.

Born in 1942 to Hindi poet Harivansh Rai Bachchan, Amitabh Bachchan made his professional debut as an actor in 1969 as the voice narrator in the award-winning film Bhuvan Shome. Before acting, he worked as a corporate executive in Kolkata while performing in the theater. His decision to pursue a career as an actor is said to have been influenced by his mother, who urged him to take center stage as an actor. He went on to feature in and produce hundreds of other films throughout his career. He is regarded as one of the most influential actors in the history of Bollywood.

SEE: visit https://parimatch.in/en/online-dragon-tiger to play the online dragon tiger or any other online game of your choice with Parimatch.

Aamir Khan was exposed to acting at a very young age. In fact, he was featured in two different movies as a child actor. However, his father, who was also a film producer, did not want him to pursue a career in acting but wanted him to have a steady job. This was because his father’s acting profession wasn’t financially rewarding enough to cater to their needs, and he did not want his son to go down the same path. As a result, when Khan was cast at 16 as the lead actor in an experimental 40-minute film called Paranoia, it was kept a secret from his parents.

The experience he gained while working on “Paranoia” inspired him to pursue a career in acting further. After appearing in a succession of films that were not particularly successful, Khan finally established himself when he featured in “Dil,” a film that became one of the top Hindi films of the year at the time. Since then, he has appeared in other iconic films that cemented his legendary legacy in Bollywood.

Shahrukh Khan is a household name in the Bollywood industry, and his enormous success speaks for itself. His debut role came when he featured as the lead actor in the 1988 TV series “Dil Dariya.” His success and performance in that series led to future roles in several iconic Bollywood films. Although he intended to quit acting at a point in 1989, this decision did not last long, as he returned in 1991. Many people claimed that he opted to resume acting to cope with his mother’s death. Today, he has appeared in over a hundred films and has several accolades to his name.

The late Mohammed Yusuf Khan, better known by his stage name, Dilip Kumar, is one of the most successful actors in Bollywood. Throughout his five-decade career, he starred in several classic Bollywood films. He was particularly well-known for his portrayal of serious characters. He also received numerous awards, including the Dadasaheb Phalke Award, the highest honor in Indian cinema at the time. He died in 2021, at 98, after a successful acting career.

Born in 1924 as Shrishti Nath Kapoor, Raj Kapoor also got on the Indian movie scene very early. He was only ten years old when he was featured in his first movie. Therefore, he established himself as a major player in the movie scene by the age of 24, when he became the youngest movie director in the Indian Movie industry. He went on to direct and star in different iconic movies and was the recipient of many prestigious accolades. He, however, died from asthma in 1988 at 63 years.

Salim, Abdul Rashid Salman Khan, is the eldest son of a family of actors and movie producers. His father, Salim Khan, is an Indian actor, producer, and screenwriter; therefore, he had no trouble breaking into the Indian film industry. Salman Khan made his acting debut in 1988 as a supporting actor. He played the lead the following year in a movie that earned him his first award nomination for the best male actor. He has appeared in over a hundred films and is widely recognized as the most commercially successful actor in the Bollywood industry.

Rajesh Khanna is a name that is boldly inscribed on the Bollywood hall of fame. The actor has about 180 films to his name and appeared in 15 consecutive films in just two years, from 1969 to 1971. He made his acting debut in the 1966 film “Aakhri Khat,” which was one of the criteria that led to him winning the All India Talent Competition. He went on to become the highest-paid actor in the 1970s and 1980s, and he also won several significant accolades throughout his career. He died in 2012 due to health issues.

Bollywood is replete with many outstanding and talented actors that have earned their place not only in the Indian film scene but also internationally. Some of these amazing icons are included in the list above. Don’t forget to visit Parimatch to bet on any game of your choice.