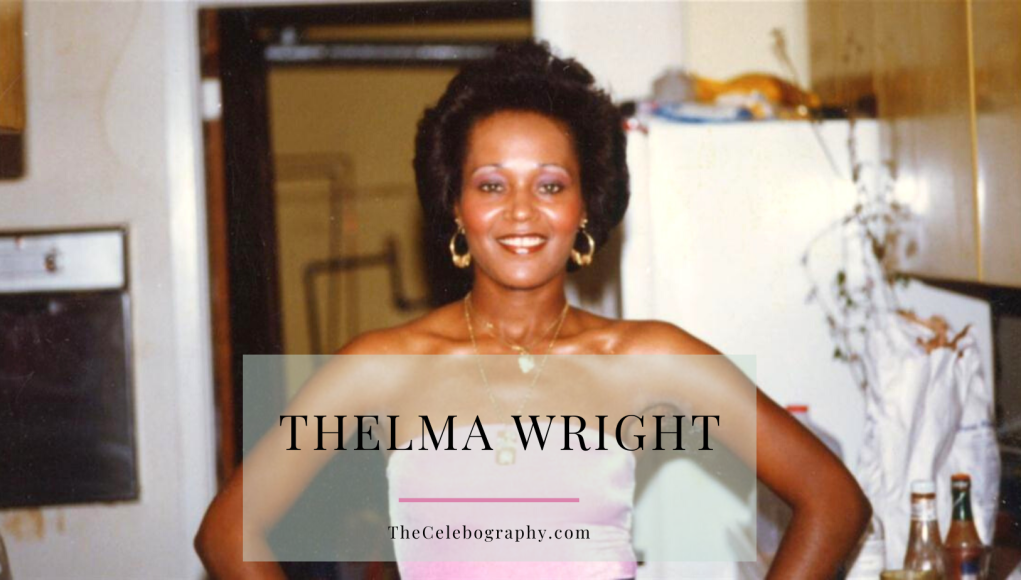 Thelma Wright Biography: Thelma Wright became a gangster queen of Philadelphia after her husband, Jackie Wright, a significant figure in the Philadelphia drug business, was slain. She transported cocaine and heroin between Los Angeles and Philadelphia.

Thelma Wright became a gangster queen of Philadelphia after her husband, Jackie Wright, a significant figure in the Philadelphia drug business, was slain. She transported cocaine and heroin between Los Angeles and Philadelphia.

Who Was Thelma Wright? When Thelma Wright was in her early twenties, she met her husband, Jackie Wright, a key player in the Philadelphia drug trade. When her husband was assassinated, Wright had to choose between starting a new with a clean slate and taking over the family company.

Wright began carrying cocaine and heroin between Los Angeles and Philadelphia after tasting success and the allure of easy money.

However, life in the game was not what she had anticipated. Wright left the criminal world in 1991 and wrote a memoir, With Eyes From Both Sides – Living My Life In and Out of the Game, a decade later.

According to her later-published memoir, she subsequently moved to Los Angeles, California, where she began numerous business enterprises, including starting Jackiem Enterprises, Inc., a garment design company, in the late 1980s. After several years in Los Angeles, a homesick Wright returned to her hometown of Philadelphia.

The Beginning of a Criminal Career | Thelma Wright

Thelma Wright met her future husband, Jackie Wright, in 1977, when she was in her early twenties. Jackie Wright was a prominent player in the Philadelphia drug game and one of the city’s top heroin wholesalers, tied to the Black Mafia, a brutal Philly street gang infamous for killing cops. In 1982, the couple welcomed their first child, a son named Jackiem.

Jackie was murdered in August 1986, and his body was discovered rolled up in a rug with a fatal gunshot wound to the head. On the other hand, Thelma Wright had to choose between starting again on the right track and taking over the family business.

“He looked after us and adored his son. Nothing could happen if he were around,” Thelma Wright later remarked about her husband, adding, “People think Jackie left me all this money.” Nope. This child is mine.

We just went about our business as usual since I couldn’t lay down and die. I was able to make a lot of money. A substantial sum of money.”

Philadelphia was a hotbed of drug distribution in the early 1990s, particularly heroin and cocaine. Wright swiftly took over her husband’s business after tasting success and the allure of easy money.

She oversaw the transit of significant quantities of cocaine and heroin between Los Angeles and Philadelphia for a large organization based in Philadelphia but with tentacles.

She got the nicknames “Boss Lady” and “Queen Pen” along the way. “It was a matter of life and death. It was all about, you know, progressing to the next level “Later, Wright stated.

Thelma Wright didn’t have to wait long to start reaping huge rewards for her efforts. “I was able to make a lot of money. a large sum of money, “she stated. “I made a lot of money, I can assure you.

‘There’s a lot of money in that white powder,’ as they say in The Godfather? That was a substantial sum of money.” The figures back up Wright’s claims: every month, she made an estimated $400,000 profit. However, life in the game was not all that Wright had hoped.

Getting Out of the Drug Game | Thelma Wright

Thelma Wright and several of her friends were caught in the crossfire of a gangland shootout at Studio West, a prominent late-night bar in Los Angeles, in July 1991.

She dodged another bullet less than two weeks later when one of her frequent clients, a man known as “Fats,” was apprehended by police after calling the Post Office about a parcel that had not arrived.

By the end of 1991, Thelma Wright had decided to retire from the drug trade for good. She kept quiet about her past and stayed out of the public glare for years.

She started working for a nonprofit organization in 2009, managing residences for women struggling with addiction and mental illness. Thelma Wright ultimately came clean in 2011 when he published With Eyes From Both Sides – Living My Life In and Out of the Game, a memoir.

“To some, I am a mother; to others, I am a grandma. It allows me to see some of the devastation caused by the things I’ve done, “she commented in regards to her recent work.

“When I walk around and speak to individuals, I’m informing them that they should not participate in this game. You’re not going to come out on top. It’s a ‘no-win’ situation.

There are two options: death or imprisonment. That is all there is to it. Nothing else exists; looking back, I did what I needed to do to survive and care for myself and my children. Is it something I’d do again? No. Without a doubt, no.”