Home Web Series The Beatles Get Back review: Peter Jackson takes devotees down a really... 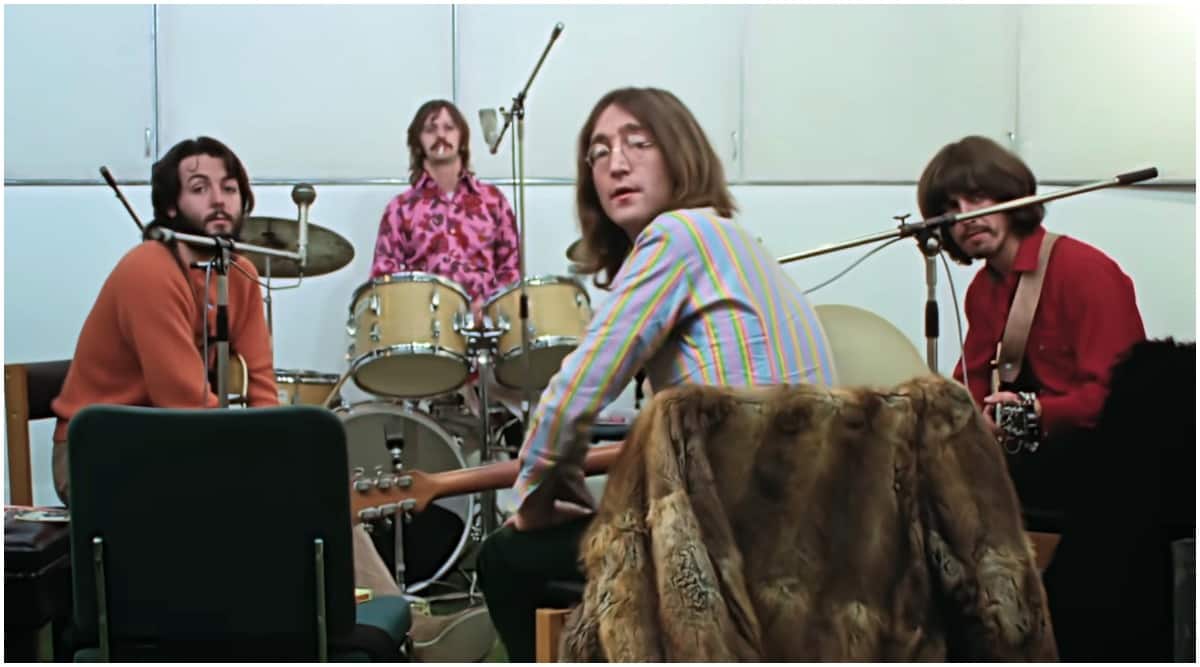 On the sixth day, Paul McCartney created Let it Be. And he didn’t even rest on the seventh. The Beatles: Get Back is an almost spiritual tribute to the greatest band of all time, but in typical Peter Jackson fashion, also quite exhausting. There isn’t a scene that the filmmaker can’t extend by simply looking at it, and in what is clearly an act of self-parody, Jackson has transformed what was initially supposed to be a two-hour film into a three-part series that is nearly four times longer than originally intended.

Stitched together from over 60 hours of unused footage that had been shot by director Michael Lindsay-Hogg for a documentary in 1969, The Beatles: Get Back is an uncommonly intimate glimpse inside the inner workings of a band on the verge of breaking up; it’s astonishing and aggravating in equal measure. Devotees will hang onto every moment, dissecting it endlessly for evidence of what they’ve believed for years—that The Beatles’ final album was marred by discord and infighting. But purely as a piece of filmmaking, it would’ve functioned so much better had Jackson simply been restrained.

Short of following McCartney, John Lennon, George Harrison and Ringo Starr into the loo, the camera crew captured virtually everything that transpired in the three weeks that the band wrote and recorded a new album, as they prepared for a rooftop concert in London. Over endless cups of tea and marmalade toast, the boys from Liverpool embarked upon an emotionally draining project that brought out the worst in them, but also reminded them why they got together in the first place. The excavated footage isn’t nearly as joyous as Jackson made it out to be in the run-up, but neither is it as tense as you might expect.

A yogi lurks in the shadows, Yoko never leaves Lennon’s side, and corporate suits hover around them as we watch The Beatles, in no uncertain terms, make history. It’s fascinating to wonder if any of the hangers-on—the cops, the roadies, the wives—had any idea that they were witnessing the creation of one of the most celebrated pieces of music ever composed. It reminded me of that scene from Danny Boyle’s Yesterday, in which Himesh Patel’s Jack sits his parents down and plays them Let it Be. In the fantasy world of the film, Jack is the only one who has any knowledge of The Beatles, and he can’t contain his anger when his parents keep getting distracted during his performance. “Christ, this is Let it Be!” he yells at them in exasperation. “You’re the first people on Earth to hear this song! It’s like watching Da Vinci paint the Mona Lisa right in front of your bloody eyes!”

The first time that Let it Be is played in Get Back, it’s off-camera. McCartney rehearses it in the background while Lennon has a mundane discussion about scaffolding and logistics. It’s a deliberate directorial choice, of course; almost as if Jackson was also fascinated by the casual majesty of what was happening in that studio.

But when McCartney finally performs the song with all the bells and whistles at the end of episode one, it’s powerful enough to bring you to your knees. He mumbles half the words—did he have them all then?—and listens attentively to Lennon’s advice. Perhaps the bass could kick in here? Maybe add some harmonies there? When he’s done, there’s nervous laughter all around. They know. They have to know. It’s astounding footage. Truly like watching Da Vinci paint the Mona Lisa.

But more than the incredible music, it’s the ever-changing dynamic between the bandmates—Harrison briefly walks out, and Lennon gets increasingly distracted by Yoko, much to McCartney’s annoyance—that serves as an emotional lynchpin. “The noise is a little loud for me,” McCartney says one time, dissatisfied about something. “Leave the group, then, if you don’t like it,” Lennon retorts, only half-joking. On another occasion, Ringo Starr freely admits to not particularly liking India, despite having famously spent a considerable amount of time in the country with the band—their pictures still hang on the walls of Delhi’s Rikhi Ram music store, and fans make pilgrimages to the abandoned ashram in Rishikesh at which they stayed.

Far too often, though, the music must come to Jackson’s rescue as he strains to find a narrative through-line while building towards the climactic concert. As remarkable as the footage is—polished by Jackson’s grainless restoration—what we’re seeing, in essence, is a bunch of B-roll. But no sooner have these thoughts begun to cross your mind than McCartney starts singing The Long and Winding Road for the fifth time. And you’ve fallen for it, again.

Kirti Kulhari on sharing an on-screen kiss with Shefali Shah in Human: ‘Strange for me to create that chemistry for a woman’

Kirti Kulhari on working with Shefali Shah in Human: It was a creatively stimulating experience

Sooryavanshi, Annaatthe, Eternals: 7 titles that are our top picks this...

Feed Post - December 4, 2021 0
This Diwali weekend, some exciting films have hit the 70 mm screens after a long wait. So, if you are comfortable stepping out and...