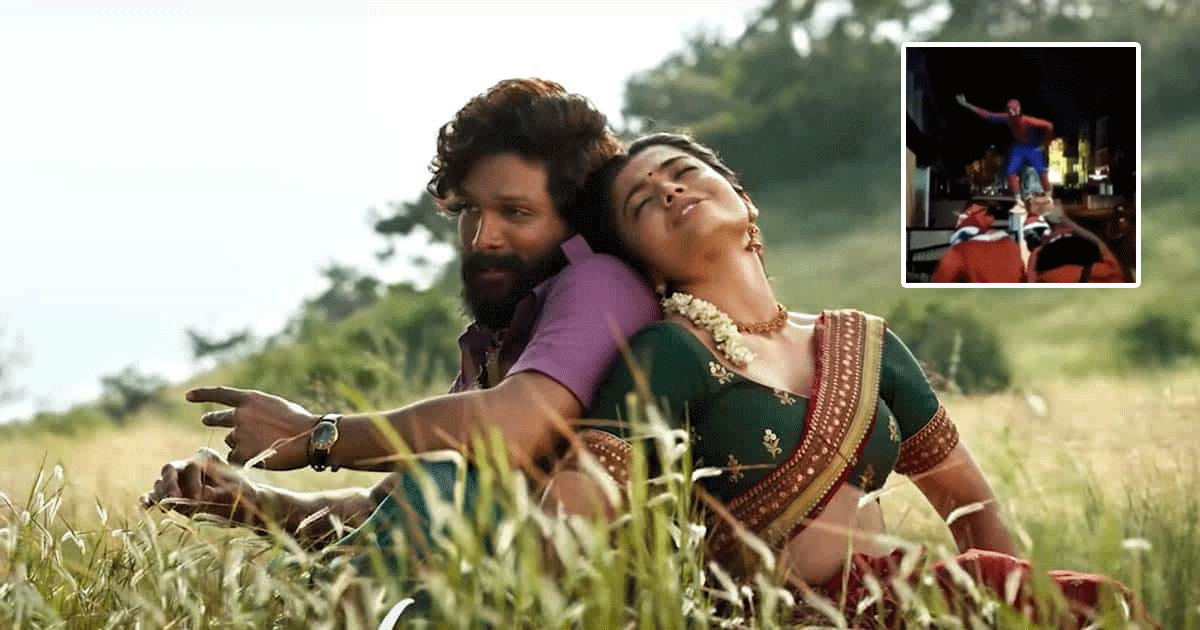 Allu Arjun and Rashmika Mandanna’s film Pushpa: The Rise was released last month. The film is breaking all the records at the box office thus giving much-needed respite for all the theatre owners and fans during the coronavirus pandemic. Fans across the country are going bonkers over the film and the latest to join is a bunch of Spider-Man.

Both south stars Allu and Rashmika are being praised for their phenomenal performances in Sukumar’s directorial. Devi Sri Prasad’s songs are much lovedhave much lovedthe audience so much that videos of netizens dancing to the songs are going viral on Facebook and Instagram.

Another fitting example of the Allu Arjun and Rashmika Mandanna’s film Pushpa: The Rise culture influence was again recently seen on the Internet. A viral video is currently doing rounds on social media where individuals dressed as Spider-Man can be seen performing the hook step on the song Saami Saami from Sukumar’s directorial.

A bunch of onlookers attired in Santa Claus outfits also joined him and danced to Devi Sri Prasad’s song. The viral video caught the attention of Telugu superstar’s brother Allu Sirish who then shared it on his Twitter handle.

Allu Arjun and Rashmika Mandanna’s film managed to do business not only in the domestic market but also in the international market. Easily it can be said that the film has emerged to be a blockbuster.

Be a part of our community to get the latest Tamil cinema news, Telugu film news & more. Stick to this space for the regular dosage of anything and everything entertainment! While you’re here, don’t hesitate to share your valuable feedback in the comments section.