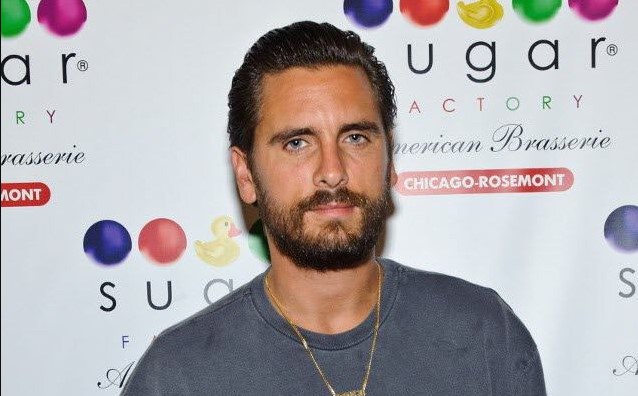 Scott Disick net worth:  Scott has a net worth of $45 million as an actor, model, and reality TV star.

He’s best known for being the father of Kourtney Kardashian’s three children and for his appearances on “Keeping Up with the Kardashians” and other Kardashian-related reality series. Scott Disick was born in Eastport, New York, on May 26, 1983, to Jefferey and Bonnie Disick.

He hails from a family of real estate developers and has worked alongside his father since he was a child.

When he was a student at the Ross School in East Hampton, Long Island, he was known for his wild parties.

Before meeting Kourtney and starring on “Keeping Up with the Kardashians,” he did some modelling for the cover art of the “Heartland” young adult novel series.

Disick has anger management issues, as evidenced by his actions on the Kardashian reality series. Kourtney’s sister, Khloe, and Disick’s relationship is notoriously contentious.

In the fall of 2013, Disick’s mother and father both died within a few months of one other.

In September 2017, Sofia Richie, Lionel Richie’s daughter, and Disick made their relationship public.

After meeting in 2006 at the residence of Girls Gone Wild founder Joe Francis in Mexico, Kourtney and Scott began dating.

Disick once bought an engagement ring for Kourtney but never proposed to her.

Michael Girgenti, a male model, filed a paternity case against Kourtney in 2013. He claimed he was the father of her son Mason, not Disick.

Kourtney rejected the accusation and had Disick take a paternity test to verify he was the father, putting an end to any speculation. Disick is the father of their children, according to the test results.

In “Keeping up with the Kardashians,” Kourtney and Scott’s on-again, off-again romance was frequently shown as stormy and emotional.

Kourtney thought Disick was hooked to alcohol at one point, so he went to treatment and temporarily stopped drinking. After he became sober in mid-2010, the pair reconciled.

In July 2015, the pair called it quits for good. Disick had been in and out of treatment, and tabloids said he was seen in Monte Carlo with other women.

Scott Disick has appeared in various reality TV shows, including Kourtney and Khloe Take Miami and Kourtney and Kim Take New York, in addition to Keeping Up with the Kardashians.

In the second season, Scott persuades Kourtney to return to New York with him, ostensibly so he can be away from her family, with whom he has always had a tense relationship until recently.

Scott works for GNC, where he oversees firms that produce QuickTrim, Rejuvacare, and Monte Carlo Perpetual Tan, among other brands. He’s also the owner of RYU, a Meatpacking District restaurant in New York.

In 2018, he created his own clothing line called Talentless, which sells hoodies, T-shirts, and cargo trousers. Scott launched his own E! reality show, “Flip It Like Disick,” in 2019, in which he renovates and then sells properties.

Scott is a well-known property developer and flipper. For personal and business reasons, he has owned a variety of residences, notably in the Los Angeles suburb of Hidden Hills.

Scott paid $3.2 million for a 1.3-acre property in Hidden Hills in April 2018. He listed the house for $7 million after a complete restoration that was featured on his reality show “Flip It Like Disick.”

He reduced the price multiple times until selling it for $5.6 million in November 2020.

Scott presented a video tour of the house to Architectural Digest around the time of the listing.

Dimple Gola - June 21, 2021 0
Emma Digiovine: Hi, Friends Today, I am sharing more exciting information on the topic of Emma Digiovine. Please move on to the article, and...