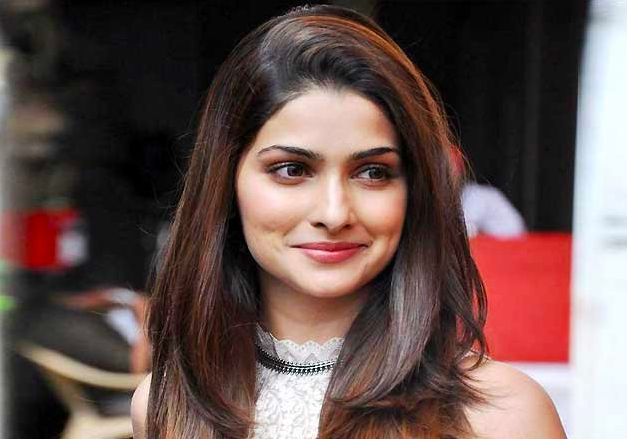 Prachi Desai was born on the year September 12, 1988, in Surat, a West Indian State of Gujarat. Her father’s name is Niranjan Desai.

Her mother’s name is Ameeta Desai. She is having one sister. Her name is Esha Desai.

Prachi said in an interview If she was not an actress, she would have been a Psychotherapist.

At first, she studied in the school of St Joseph Monastery and completed her studies till 10th standard in Gujarat.

She finished her schooling at St. Joseph Convent, Panchgani in Maharashtra. Prachi finished her college at Sinhagad College in Pune.

Prachi. Her Educational Qualification is she is a College dropout in B.A. in the Psychology course.

Prachi Desai is firstly known for her famous role as “Bani Walia” in a television serial called Kasamh Se.

It is broadcasted on Zee Entertainment Television. She is the Spokesperson, Endorser, and also the brand ambassador of Neutrogena facial products in India.

Prachi started her career with a modeling workshop. Prachi was in Pune city for advanced studies.

She had just about ended her college after her stunning pictures were received by the Balaji Telefilms.

Ekta afterward called her for the audition. She was only 17 years of age.

When she discontinued her studies. She started her acting career with the Drama Serial called Kasamh Se.

She acted in the drama serial called Kasamh Se. This was telecast on Zee Television.

From that, she got her greatest fame. She dropped the Kasamh Se serial in year16 April 2008.

That was changed by Gurdeep Kohli. In this serial Prachi is after being burnt and died in episode 561.

The serial Kasamh Se was ended in the year March 2009.

In the final episode of Kasamh Se, Prachi made an exceptional appearance once again in the role of Bani Walia.

She also did a short role in the famous drama serial called Kasauti Zindagi Ki.

She played the role of a student in the character Prena’s school.

It is a famous Indian dance show. She was dancing with choreographer Deepak Singh and other stars. She was rejected in the month of November 2007.

But she participated in the contest once again through the wild card entry on the year 23 November.

After that, she nominated for the grand finale of Jhalak Dikhhla Jaa in the year 2015 December.

She won the show. She was granted as the dancing star in season 2 of Jhalak Dikhhla Jaa.

Prachi also contested in a compliment show to Jhalak Dikhhla Jaa. That is named as Dard-e-Disco, together with the other contestants.

That was broadcasted on Sony Entertainment Television on the year 31 December 2007.

Her first debut movie is Rock on. In this movie, she acted in the leading role opposite actor Farhan Akhtar.

Prachi Desai Salary for per Film

She is having a salary per film of Rs.1 crore film.

She has won more than 6 Awards for the Television Serial known as Kasamh Se.

Too Hot To Handle Season 3 trailer: Netflix promises another batch...