Home Celebrity News Kristen Stewart Once Said She Wished Her Son To Look Like Hrithik... 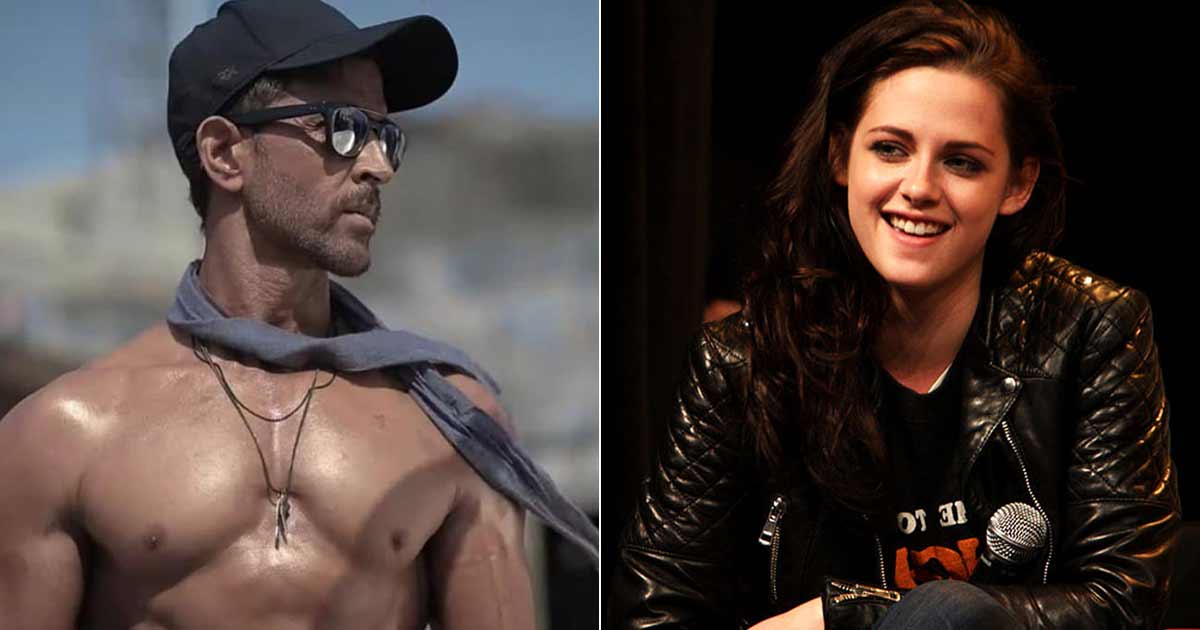 The Greek god Bollywood, Hrithik Roshan celebrates his 48th birthday today and fans along with his industry colleagues can’t stop showering love on the actor. Meanwhile, the handsome hunk who has tons of fans across the globe but did you know, Hollywood beauty Kristen Stewart is also a huge admirer of the Krrish star. Scroll below to know more.

Back in 2012, Kristen was the rising star after working on the Twilight franchise, and during a media conversation, the actress expressed her desire to work with the Kaabil actor and went on to shower love on the actor.

Meanwhile, Kristen Stewart’s further comment grabbed attention when she said, “In fact, if I have a boy, I would want him to look like Hrithik Roshan, but with Rob’s (her then real-life boyfriend and on-screen husband, Robert Pattinson) eyes.”

When her statement went viral and NDTV asked Hrithik to comment on the same, the superstar shared, “It was a stressful day when I read this compliment, and it kind of brightened my mood and day, it was a very warm way to compliment someone. I felt a lot of warmth.”

Talking about their possible collaboration, Hrithik Roshan responded, “No, I haven’t met her and there were talks of some projects in the past but nothing official yet.”

Back in the day, there were rumours about Hrithik and Kristen Stewart coming together for Shekhar Kapur’s Paani, later Sushant Singh Rajput was also involved with the film, however, the project never saw the day of light and it was ultimately shelved.

Must Read: Did You Know? Govinda Ended Up Signing 70 Movies Right After His Successful Debut In Love 86

Sunny Deol is having a snow-filled new year in Manali, see...