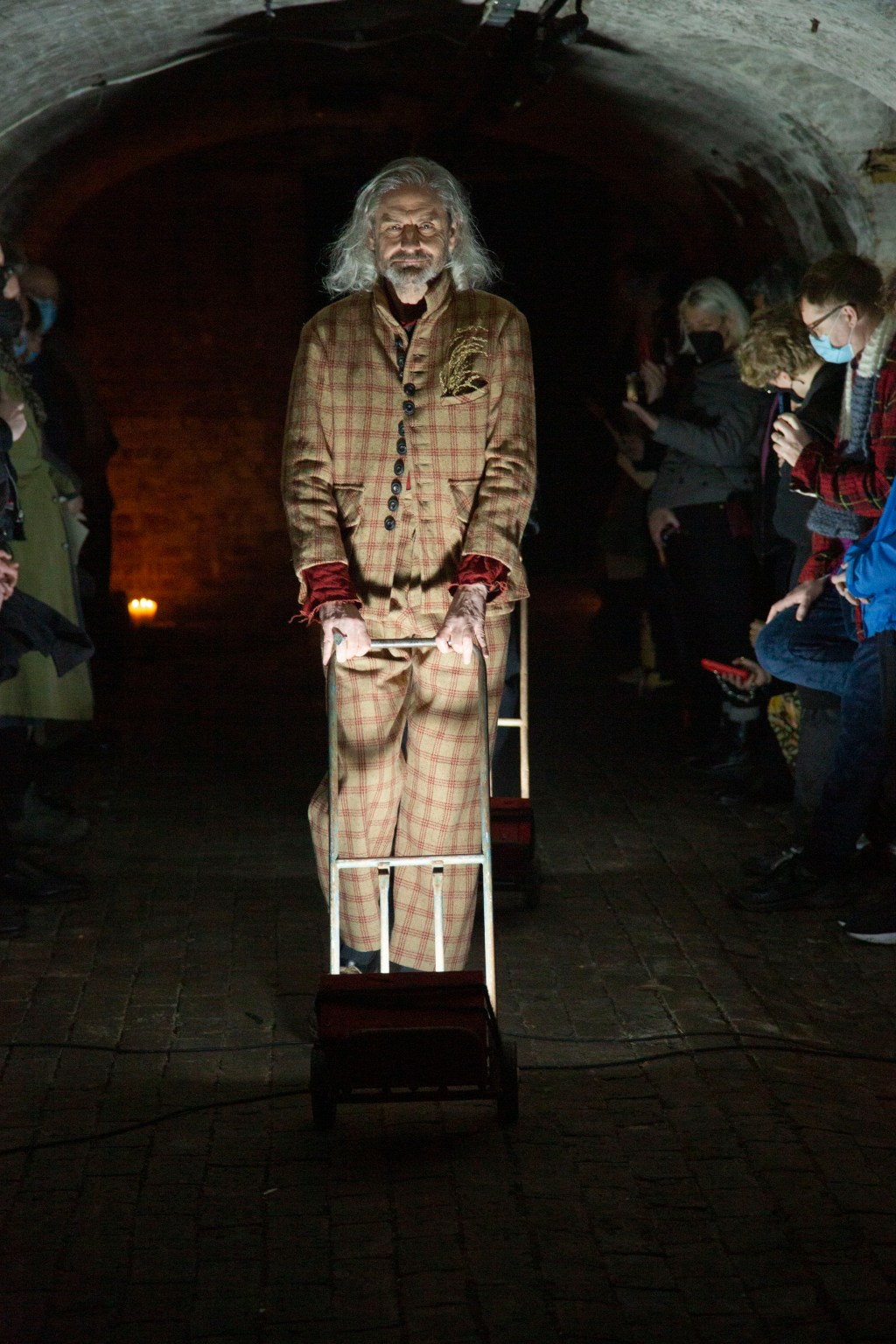 Revealed in the crypt of St. Pancras Church in central London, John Alexander Skelton’s fall collection was dedicated to the life and legacy of Benjamin Pollock, the founder of Pollock’s Toy Museum and shop in the Fitzrovia area.

Skelton said he has never been in the store, but he is deeply fascinated by its history that “emanates from its windows and a sense of poetry,” which reminds him of Polish writer Bruno Schulz’s quote “the poetic ascendancy of the everyday.”

He also cited the work of stop-motion animators the Brothers Quay as an additional source of inspiration, as the eerie yet playful mood within their films was applied to the presentation.

The look: A reenactment of what a busy morning might look like during the Victorian era: a diverse cast of models pushing empty hand trucks down the runway, as if they are preparing for the market to open for business.

Quote of note: “Initially it wasn’t clear what it was about the actual museum that could carry through into a physical collection of clothes however, with little known about the personalities of the characters that founded the shop, it seemed appropriate to project my own fantasized version of who the original Mr. Pollock was and what his wardrobe would look like.”

Key pieces: Buttoned up jackets and coats, a red velvet overcoat, and screen-printed shirts with artworks based on findings from the collection by Jack Fawdry-Tatham, who now runs the museum.

Takeaway: Skelton is one fine example of how London’s independent designers stay true to themselves and steadily progress one season after another. You can always expect interesting ideas from him.

Feed Post - December 22, 2021 0
Celebrity apparel has reached peak fashion status.   Famous people have long set the tone for what’s in fashion, but their platform was limited to red...