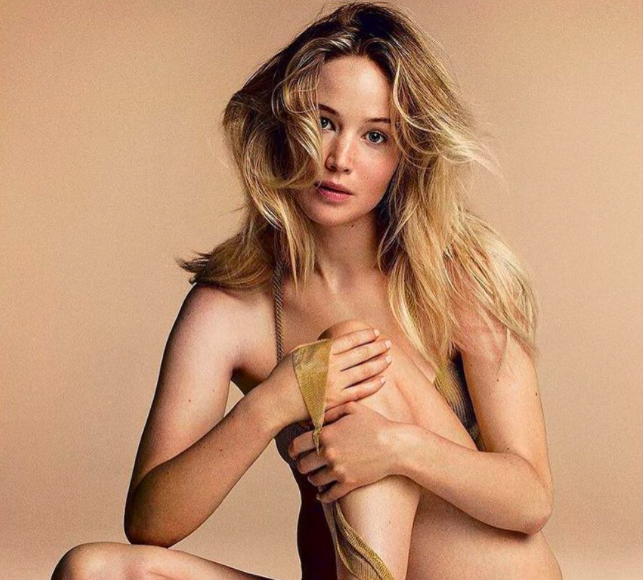 Jennifer Shrader Lawrence is an actress from the United States. Lawrence was the highest-paid actress globally in 2015 and 2016, with her films generating more than $6 billion globally.

She is a Versatile Actress. Jennifer is well known for her roles in the films like ‘Winter’s Bone,’ ‘The Hunger Games,‘ ‘X-Men’, and ‘Joy.’ She also won an Oscar for her character in the movie called ‘Silver Linings Playbook.’

Lawrence has two elder brothers, Blaine and Ben. Her parents, Karen and Gary, own a farm just outside the city.

She was an Athletic child, involves in Cheerleading, Field hockey, and Softball.

I thought she might be a doctor. But, when she grew up. She did some Modelling and Community theatre, never dreamed that she would become an actress.

Jennifer survives two disaster accidents as a child. First, when she was just only 18 months, she knocks over by a car. Then, a few years later, she fractured her tailbone after falling off a running horse.

She must first graduate from high school. However, she ended up graduating two years before the completion of high school to pursue her career.

Lawrence’s big break came when she discovers at 14 while on spring break in New York with her family.

The stranger asks to take her picture, took her mother’s phone number. Then she called the next day to ask her to do a Screen test.

Things were happening quickly after that; Lawrence stays in New York City for the summer.

Acting commercials for MTV and filming the 2007’s thriller movie Devil You Know with Lena Olin. The film shelves due to lack of distribution, and in the end, it released in 2013.

Soon after this, Lawrence and her family moved to Los Angeles. There she had minor roles on the series like Medium, Monk, and Cold Case before landing a part on the Television series called The Bill Engvall Show.

At the same time, she was working on the series. Jennifer has also seen feature films like The Poker House and The Burning Plain alongside Charlize Theron and Kim Basinger.

After The Bill Engvall Show cancels, Lawrence had seen in the critically named Winter’s Bone in 2010.

It earns her nominations for an Academy Award, Golden Globe and a Screen Actors Guild Award. Opportunities continue to pour in.

In 2011, Lawrence said The Beaver with Mel Gibson, Jodie Foster, and Anton Yelchin in The Beaver. She also took on the character of Mystique in the movie X-Men: First Class.

Jennifer has also established the Jennifer Lawrence Foundation. It’s used to maximum advantage independent philanthropy initiatives, Community Events, Donations, and Auctions to assist the other organizations. It serves service abused youth, people with intellectual disabilities, and those in need of medical care.

Jennifer’s roles in the movies like ‘Silver Linings Playbook’, ‘Hunger Games’ and ‘Joy’ have left a lasting impression on the world of cinema. All three films have extended across different times in her career.

With ‘Joy’ being her latest release, showing a steady graph. She has extended support to several charitable programs such as ‘Feeding America’, Thirst Project’ and ‘Do Something’.

In 2015, she raised funds for the ‘Special Olympics World Summer Games’ by screening ‘Serena’.

She dates her X-Men co-star, Nicholas Hoult, from the years 2011 and 2013. After a year, she involves in an on-and-off-again relationship with Coldplay’s Chris Martin. It reportedly ends in the summer of 2015.

The actress went on to date Mother’s director Darren Aronofsky. Before admitting in November 2017 seen with Adam Sandler. On the Actors on Actors series that pressures of the professional act led to their split.

She has pulled along into an embarrassing situation. When a couple of her nude photographs leaks. She accuses Publisher, Writer, Calling the leakage a “sex crime” as the pictures were personal and not meant for public circulation. However, she quickly recovers from the incident.

She is present, residing in Beverly Hills, California. Jennifer has started the ‘Jennifer Lawrence Foundation’. She donates 2 million dollars to install a cardiac intensive care unit at Kosair Children’s Hospital.

She won the most extraordinarily successful award as an Actress. Through earning herself an Oscar for her role in the film is called ‘Silver Linings Playbook’.

Critics all over the globe acclaim her acting skills. Names Jennifer, the best performer of the current generation.

In 2013 she receiving the Best Actress award in Supporting Role for the film called ‘American Hustle’.

After receiving an award for her excellent estimate of an action star in the films like X-Men and Hunger Games, Jennifer took on a more sober role with a character, ‘Tiffany Maxwell’ in the romantic movie called Silver Linings Playbook.

David O. Russell signs her on after she auditioned for him over ‘Skype’. He shares his feelings on her being too young for such a complex character. But she convinces him that she could do the part.

Sticking by her word, she delivers an outstanding performance in the movie. Jennifer won Oscar for ‘Best Performance as an Actress in a Leading Role.

The Hunger Games series, ‘The Hunger Games Catching Fire’ earns almost 865 million dollars at the box office collection. As a result, it becomes the release of the highest gross.

In 2013, her performance in the film called ‘American Hustle‘. As the character of Neurotic wife, ‘Rosalyn Rosenfeld’. Once again, she won many awards in the category of a supporting actress, including a nomination at the Oscars.

It is essential information on the topic of Jennifer Lawrence.