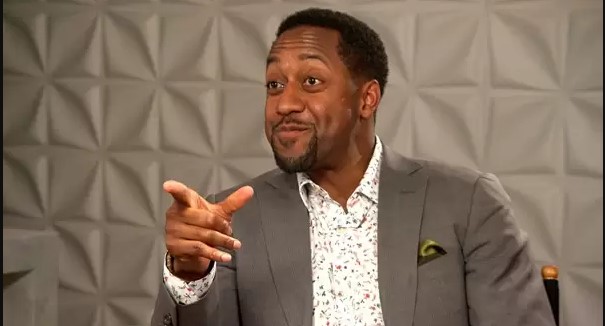 Jaleel White is an American actor and screenwriter with an estimated net worth of $8 million. White is best known for playing Steve Urkel on the popular sitcom “Family Matters,” which aired from 1989 to 1998.

Steve Urkel, who was supposed to be a one-time appearance, became a cultural sensation and coined the term “Did I do that?” He went on to feature in 204 of the 215 episodes of the show.

After accounting for inflation, that equates to $300,000 per episode now, or around $7 million every season.

Before “Family Matters,” Jaleel had brief appearances on the 1980s TV sitcoms “The Jeffersons,” “Mr. Belvedere,” and “Good Morning, Miss Bliss,” as well as commercials. Gail, his mother, was a stay-at-home mom, while Michael, his father, was a dentist; after Jaleel got into acting, Gail became his manager.

Jaleel began starring in advertisements at the age of three, including a Jello-O pudding pops commercial alongside Bill Cosby, after his preschool instructor suggested he attempt acting.

He had a brief appearance on “The Jeffersons” in 1984 and was slated as Rudy on “The Cosby Show,” but the position was given to Keshia Knight Pulliam when Cosby decided the character should be a girl.

White starred in the 1985 television movie “Kids Don’t Tell” as well as all 18 episodes of the CBS sitcom “Charlie & Co.”

Jaleel’s portrayal of the Winslow family’s nerdy neighbour was a hit with the audience, and he featured in 204 episodes, occasionally as Stefan Urquelle (Steve’s suave alter ego) and Myrtle Urkel (Steve’s cousin).

Urkel’s fame spawned a doll and Urkel-Os cereal, and White returned to the part in 1991 on “Full House” and “Step by Step,” as well as in the 2019 animated feature “Scooby-Doo and Guess Who?”

White developed, produced, and performed in the online series “Fake It Till You Make It” in 2010, and in 2012, he presented “Total Blackout” and competed on “Dancing with the Stars,” finishing ninth. Jaleel debuted in a recurring role on Netflix’s “The Big Show Show” in 2020.

Jaleel and his then-girlfriend Bridget Hardy welcomed a daughter, Samaya, in 2009.

Hardy claimed in 2010 that White hit and shoved her when she confronted him about her concerns that he was unfaithful, but White has rejected the claims, claiming that they were motivated by the former couple’s custody struggle.

For his cameo performance on “The Jeffersons” in 1985 and his supporting part on “Charlie & Co.” the following year, White was nominated for a Young Artist Award.

For “Family Matters,” he earned the Young Artist Award for Outstanding Young Comedian in a Television Series in 1991. For his work on “Family Matters,” Jaleel has been nominated for four NAACP Image Awards, winning in 1994, 1995, and 1997.

In 1996, he received a Nickelodeon Kids’ Choice Award nomination for Favorite Television Actor.

At the Disney Motif Awards in 2017, White received the Global Humanitarian Medal of Honor in Memory of Theodor Seuss Geisel.