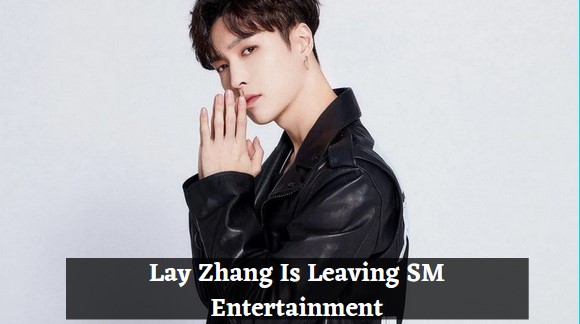 Lay Zhang Leaving K-pop Group Exo: Today we have a breaking news about a famous chinese rapper Lay Zhang. Todays a news has gone on social media plateform that Lay who is the member of the Korean musical group Exo, has announced he is leaving from their label, SM Entertainment, on Instagram and Twitter. Know what is actual news and why he is going to leave from this show.

Lay claims on social media that he will ‘always be the Lay when my members need me,’ hinting that he is just quitting the record company, not the pop group.

Lay has severed relations with SM Entertainment, the record label of his boy band, Exo. He announced the breakup on April 8, the tenth anniversary of the band’s inception in 2012.

In a handwritten statement in English, Lay thanked his fans, SM employees, and his “Exo brothers” and promised to “always be the Lay when my members need me,” hinting that he is merely departing SM Entertainment and not the group formally.

In the note, Lay acknowledged his popularity and promising career in China, where he is also an actor, and stated that he is “your family member in China.” Lay Zhang, an EXO member, has declared that he will leave SM Entertainment after his exclusive contract with the firm expires. Furthermore, the terrible news was delivered on the 10th anniversary of the boy band’s debut.

The musician posted a handwritten letter to his Instagram account an hour ago. He disclosed in the article that he’d be leaving his home label after ten years. Lay captioned the photo, “This decade is one of the greatest presents I could’ve ever gotten.”

As an employee of SM, it’s time to say your goodbyes. This is also the start of my new life as a 30-year-old. But when my members need me, I’ll always be there. Zhang Yixing, I’m a Chinese relative of yours. I will always love you. (Let’s Love), EXO.

Many supporters expressed their dissatisfaction with the news of Lay’s departure. One commentator on Soompi said she was “not shocked” that he didn’t renew the contract.

At this point, he’d be better off alone with his new firm than with anyone else. “Well done, he said. Another person said that he doesn’t mind Lay leaving SM because he has already accomplished a lot without the help of his (now-former) employer.

While staying a member of the K-pop group, the Hunan native has kept himself occupied by exploring numerous entertainment options in his homeland of China.

In addition to being named an ambassador for the Swiss luxury watch company Hublot, Lay has just released his collab track with 24kGoldn called “Dawn To Dusk.”

It’s safe to assume that after quitting SM, the idol plans to concentrate entirely on his solo efforts in China. We wish Lay the best of luck in his future endeavors.

Also, congratulations on your tenth anniversary, EXO! Hopefully, we’ll be able to witness an OT9 EXO reunion in the not-too-distant future!

Is Lay still a member of Exo?

Lay debuted in Exo’s China-focused subgroup Exo-M, which served as a counterpoint to the Korea-focused Exo-K subgroup. Exo sprang to prominence after the release of their first single, Grow, in 2013, and have since had a string of hits.

Lay has worked with Exo sparingly in recent years due to his business in China, typically only appearing for a brief second in releases. He made his first appearance with Exo in 2018 on the 2021 EP Don’t Fight the Feeling.

While remaining in the group, Lay and other Exo members have pursued separate careers as singers and actors. Lay’s most recent single, Dawn to Dusk, was released in February and featured songs in both Chinese and English.

Dimple Gola - May 19, 2022 0
Sam Worthington was born on August 2, 1976, in Godalming, Surrey, England. His full name is Samuel Shane Worthington. He is an English-Australian actor...