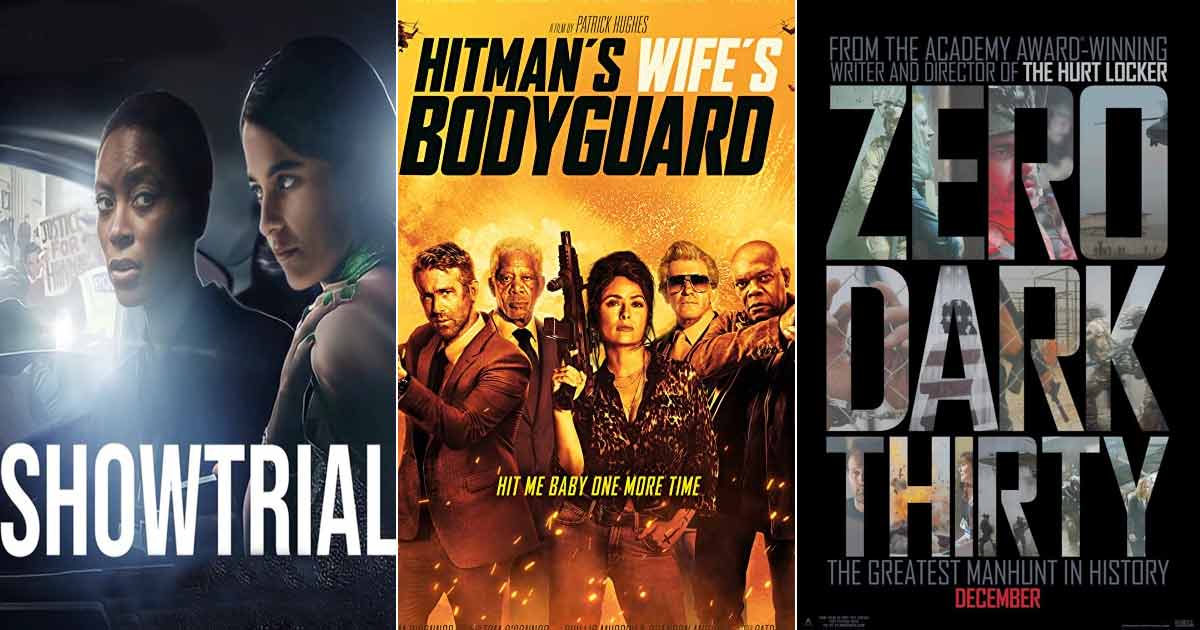 Lionsgate Play, the premium streaming service is all set to get you hooked to your seats with their set of title lineups for December. The collection includes critically acclaimed films and series like Peppermint, Showtrial, Zero Dark Thirty, Hitman’s Wife Bodyguard, Hitman’s Bodyguard, Kruger (Endangered Species), Spanish Princess 1 and 2, White Princess, The Pier & Commuter to name a few.

Listing below are the titles for your watch list:

Peppermint is an action thriller starring Jennifer Garner and the film is helmed by Pierre Morel. The film revolves around Jennifer Garner who sets out to seek revenge from a drug cartel responsible for her husband and daughter’s murder. Peppermint also features John Ortiz, John Gallagher Jr., Juan Pablo Raba, and Tyson Ritter in supporting roles. The film offers jaw-dropping action sequences and Jennifer Garner’s power-packed performance makes the film a must-watch.

Showtrial has been hailed as one of the most engaging legal drama and has an IMDB rating of 7.5, the series has been created by Ben Richards. The critically acclaimed show revolves around an arrogant daughter of a rich businessman played by Céline Buckens who is arrested for disappearance of her fellow student Hannah Ellis played by Abra Thompson. The 5 episodic series keeps the viewers hooked till the end keeping them intrigued about what really happened with Hannah.

Over the period Zero Dark Thirty has achieved a cult status amongst cinema lovers. The film showcases the decade long hunt by the US government to assassinate Osama Bin Laden leader of terror group Al – Qaeda responsible for 9/11 bombings. The film revolves around Jessica Chastain as Maya who is essaying the character of a fictional CIA intelligence analyst. Zero Dark Thirty has been directed by Kathryn Bigelow and has been written by Mark Boal.

The film is an action comedy starring Ryan Reynolds, Samuel Jackson, Salma Hayek in lead roles while Antonio Banderas and Morgan Freeman are seen in supporting roles. Ryan Reynolds dons the character of a suspended bodyguard who collaborates with a hitman played by Samuel Jackson and his wife played by Salma Hayek to stop a terror attack planned in Europe by a Greek shipping tycoon portrayed by Antonio Banderas.

Hitman’s Bodyguard is a prequel to Hitman’s Wife Bodyguard. In the prequel Ryan Reynolds is seen protecting a hitman played by Samuel Jackson who is heading to International Criminal Court to testify. The film also has Salma Hayek and Gary Oldman in lead roles. Hitman’s Bodyguard was received well by critics and audiences and Ryan Reynolds and Samuel Jackson too received a thumbs up for their performance in the film.

Starring Rebecca Romijn, Phillip Winchester, Jerry O’Connell. Directed by M.J. Bassett, the film revolves around a family who visits a South African safari for a perfect vacation. But as they venture off alone into a wilderness park, their safari van is flipped over by an angry rhino, leaving them injured and desperate.

The series is a historical drama based in England and revolves around Catherine of Aragon played by Charlotte Hope. The series further highlights how a Spanish princess becomes the queen of England as the first wife of the King. Spanish Princess is created by Emma Frost and Matthew Graham.

The eight episodic miniseries is a historical television drama starring Jodie Comer, Rebecca Benson, Jacob Collins-Levy, Michelle Fairley, Patrick Gibson, Suki Waterhouse in the lead. The series is based on Phillipa Gregory book of the same name, the story of Elizabeth of York, the White Queen’s daughter, and her marriage to the Lancaster victor, Henry VII. Receiving 7.2 IMDb rating, the series is releasing on 24th December 2021.

The Pier is a Spanish drama television series created by Álex Pina and Esther Martínez Lobato starring ensembled cast Álvaro Morte, Verónica Sánchez and Irene Arcos in the lead. The 2 season series consists of 8 episode each is a story revolving around a high-profile architect who is shattered by the secrets left behind by the death of her husband Oscar of 15 years. Receiving 7.2 IMDb rating, the series is exclusively releasing in English on 31st December 2021.

Commuter an American action thriller film directed by Jaume Collet-Serra. The story revolves around an insurance salesman/ex-cop who is caught up in a life-threatening conspiracy during his daily commute home. Starring Liam Neeson, Vera Farmiga, Patrick Wilson, Jonathan Banks, and Sam Neill receiving accolades for their strong performances.

Must Read: When Taylor Swift Mouthed ‘Shut The F*ck Up’ As Ex-Boyfriend Harry Styles’ Band One Direction Won An Award

Andrew Garfield Says He Enjoyed Lying About His Return In Spider-Man: No Way Home: “It Was Very Fun”

Tilda Swinton Discusses Her Favorite Books and Writers With Chanel –...

Saina Nehwal on Siddharth’s remark: ‘I used to like him as...

Andrew Garfield Says He Enjoyed Lying About His Return In Spider-Man:...

Tom Hiddleston Reminds He Won’t Be Loki Forever & The Fans...