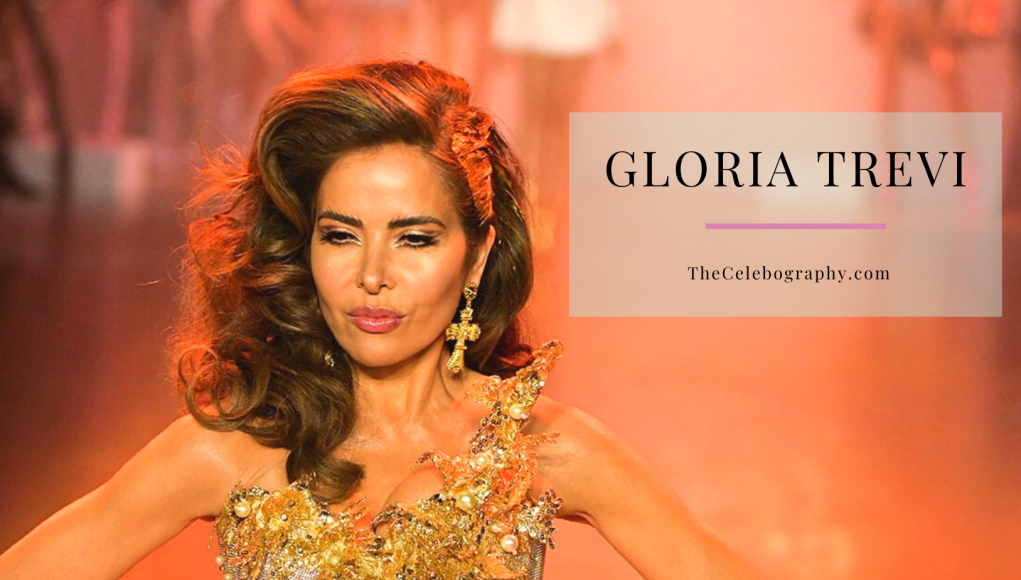 Gloria Trevi’s career was derailed in the 1990s when she and her manager were accused of kidnapping, sexual abuse, and corruption of youngsters.

Gloria Trevi: Who Was She? 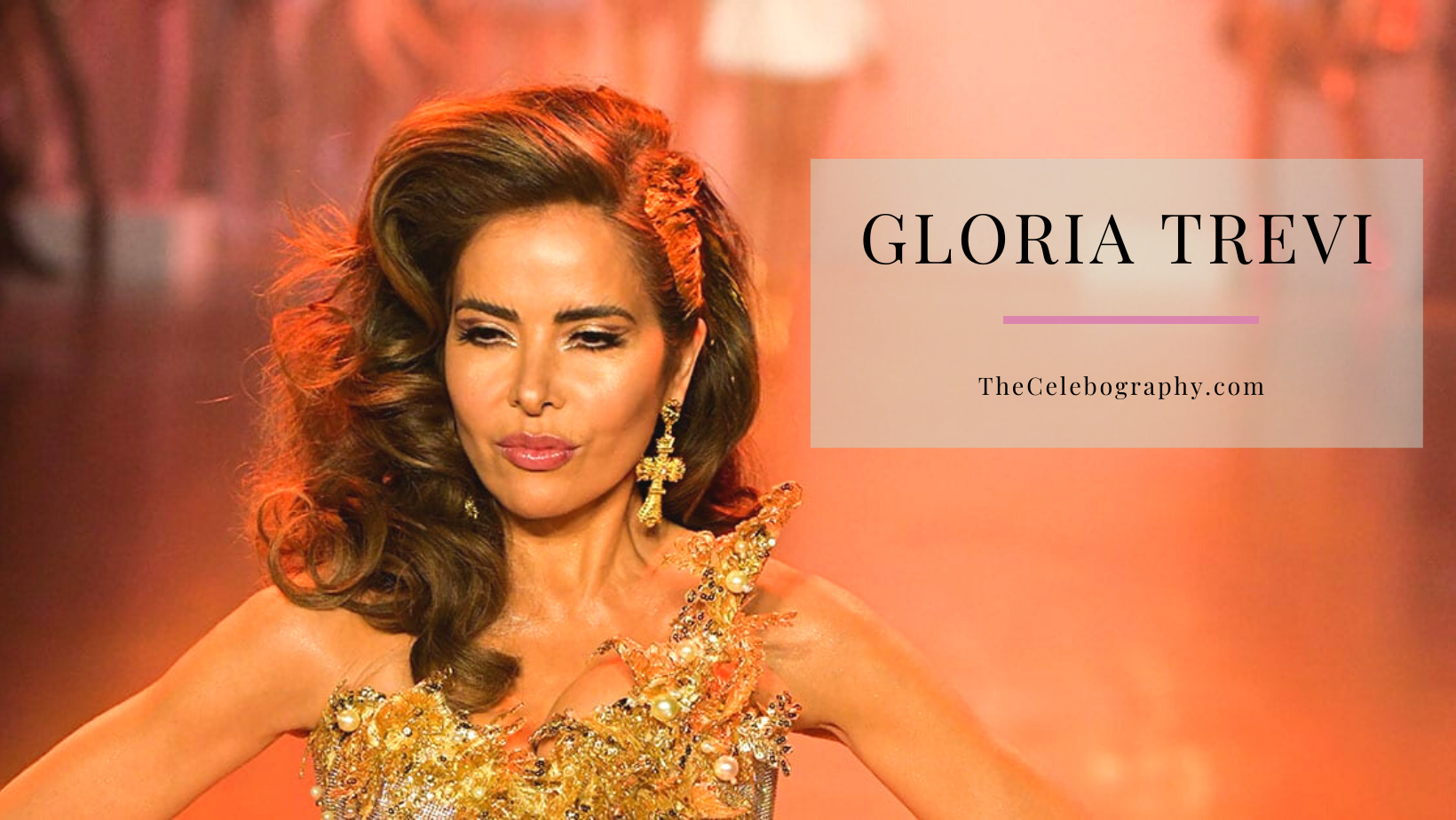 Gloria Trevi rose to fame in the 1990s after her debut album, Que Hago Aqui? (What Am I Doing Here? ), reached number one on the charts. However, her career was quickly derailed when she and her manager, Sergio Andrade, were accused of corrupting youngsters, sexual assault, and kidnapping.

The couple escaped Mexico but were apprehended and imprisoned in Brazil in 2000. Trevi was released from prison in 2004 and attempted to relaunch her career with a new album and tour.

Her ambition to be a performer began when she was a child. Trevi began learning poetry recitals when he was five years old, followed by ballet and piano classes, and eventually learned to play the drums. Her parents split when she was ten years old, and she moved out at the age of twelve, despite her mother’s desires.

Trevi moved to Mexico City on his own in 1980, with little money, to pursue a career in the entertainment sector. She made money in various ways, including street singing and dancing, teaching aerobics, and working at a taco stand.

Trevi met Sergio Andrade, 28, in 1984 when she was 16 years old, and he became her mentor. She temporarily joined the girl group Boquitas Pintadas in 1985. (Little Mouths with Lipstick). Trevi opted to go solo after being heavily influenced by British and American rock and Latin music.

Trevi’s debut album, Que Hago Aqui? (What Am I Doing Here?) (1989) was an instant chart hit thanks to her manager Sergio Andrade.

Trevi released five albums and starred in three Mexican box-office hits between 1991 and 1996. She traveled the Caribbean and South America in 1992, performing in the Dominican Republic, Argentina, Chile, and Puerto Rico, among other places. Her music was edgy and political, with sexual innuendo aplenty, but her goal was always to expose hypocrites.

Trevi was adored by young Mexican and Latin American females who dressed like her and bought clothes from the Trevi boutiques that sprung up, despite or perhaps because of her more raunchy side. Trevi was quickly dubbed the “Mexican Madonna.”

She even used her skills to give public speeches on AIDS, abortion, drugs, sex, prostitution and panhandling. She appeared on the covers of many magazines, was the subject of television programs, and inspired Trevi comic books.

Trevi’s stardom and prosperity came crumbling down around her in 1998, not long after she and Andrade married. It all started when Aline Hernandez, who had previously served as a background singer for Andrade, published a book. De la Gloria al Infierno (From Glory to Hell) chronicled her relationship with Andrade.

“She stated,” she explained, “Gloria, I believe, arrived as naïve as the rest of us. Gloria played a role in all of this because [Andrade] made her sick, changed her, groomed her, and schooled her in his way.”

Several girls who had been part of Andrade’s sex slave ring escaped in 1999 and went public with their testimonies. They claimed to have been beaten, mistreated, and malnourished in televised interviews, just as Hernandez described in her book.

Karina Yapor explained how she left her home in Chihuahua, Mexico when she was 12 years old and moved to Mexico City to live with Andrade and Trevi. She gave birth to a baby boy a year later, at the age of 13, and claimed Andrade was the father. She wrote a book about her time with Andrade and Trevi, detailing horrific physical and mental torture.

Karola and Katia de la Cuesta, two teenage sisters, made identical charges of sexual abuse against Andrade and Trevi, who had engaged them as backup singers. Delia Gonzalez, another adolescent, claimed Trevi had approached her about becoming a singer. She had been forced to make a pornographic film and had been raped and beaten by Andrade for nine months.

The Mexican authorities were forced to intervene in 1999 as a direct result of public charges of enslavement, assault, and sexual abuse at the hands of Andrade and his accomplice, Trevi.

They accused Sergio Andrade, Gloria Trevi, and Maria Raquel Portillo (also known as Mary Boquitas), a choreographer and backup vocalist, of corrupting kids, sexual abuse, and kidnapping. The three, who were widely publicized, rejected the claims and managed to flee Mexico with a group of roughly a dozen young women. The Mexican justice system formally declared them fugitives.

Andrade, Trevi, Boquitas, and their girls traveled to Spain first, then to Chile in late 1999. They migrated to Argentina not long after that.

The young girls managed to flee to Argentina before being repatriated to their families in Mexico. Trevi enjoyed roaming around their neighborhood and stopping to eat at a nearby bakery every day after Andrade, Trevi, and Boquitas relocated to Brazil.

The trio stayed in Brazil for several months before being apprehended and detained by Brazilian authorities in January 2000.

Their high-profile arrest sparked a legal struggle while the three awaited their fate in a Brazilian prison. The trio had been arrested in Brazil, and the Brazilian authorities sought to charge them there. However, because all of the alleged crimes took place in Mexico, the Mexican prosecutors claimed them.

A Brazilian federal court ruled in April 2000 that the evidence against Trevi, Andrade, and Boquitas needed to be thoroughly investigated before the extradition request from Mexico could be considered. Due to overpopulation in the institution where they were kept, the three were transferred to another Brazilian prison.

Trevi became pregnant while she was there, and she accused a prison officer of raping her. Expectant mothers in prison in Brazil were given separate accommodation to reside with their children under Brazilian legislation. Trevi was transferred to one of these facilities, but she quickly returned to prison due to Mexican authorities’ insistence.

Trevi gave birth to a boy, Angel Gabriel, in Brasilia, Brazil, on February 18, 2002. Authorities turned down her request to keep the father’s identity hidden the next day. Andrade was identified as the child’s father after DNA tests. Trevi and Andrade were denied conjugal visits, so it’s thought they bribed a correctional officer to obtain time alone together to have sex.

Gloria by Gloria Trevi, Trevi’s autobiography, was written when she was in prison in 2002. She depicts herself as a helpless victim, while the other clan girls are shown as greedy liars. Because of Andrade’s enormous and unyielding control over her, she alleges she put up with nearly 15 years of abuse.

Trevi and Boquitas were finally extradited to Mexico to face charges on December 21, 2002. Trevi’s young son was sent to reside with his maternal grandmother at the Aquilas Serdan prison near Chihuahua.

Authorities were looking into the prospect of charging Trevi and Andrade with homicide after it was revealed that while on the run, Trevi had given birth to her and Andrade’s daughter, whom they had left to die. The homicide charges were withdrawn due to a lack of evidence and the absence of a body.

Trevi awaited trial in late 2002 and early 2003 but to no effect. It became clear that Mexican officials were having difficulty locating actual evidence of the alleged crimes with time. In November 2003, Andrade was deported to Mexico and sent to the same prison as Trevi. The pair were not permitted to communicate with one another.

Girl Trouble: The True Saga of Superstar Gloria Trevi and the Secret Teenage Sex Cult that Stunned the World was published in 2004 by Christopher McDougall, a New York Times magazine reporter. Some considered the book to be the most authoritative account of what transpired.

McDougall had personally interrogated Trevi and Andrade in prison, as well as many of the young females involved, to learn more about what had happened while the group was on the run.

Trevi was told she would be released from prison on February 24, 2004, but the Mexican government declined her request. She embarked on a hunger strike because she was furious.

A Mexican court finally exonerated her seven months later, on September 21, 2004, citing a lack of evidence in the case. Trevi was released after serving time in prison in both Brazil and Mexico for just over four years and eight months.

She returned to the studio as soon as she could, determined to resurrect her career. In 2004, she published the album Como Nace el Universo (How the Universe Began). Trevi announced a 23-city tour of the United States named Trevolucion on Valentine’s Day 2005, a day before her 37th birthday.

Trevi appeared to have put her problems behind her and was joyful and confident back to her old self. Her album La Trayectoria was published in 2006. (The Trajectory). Trevi is currently involved in a relationship.