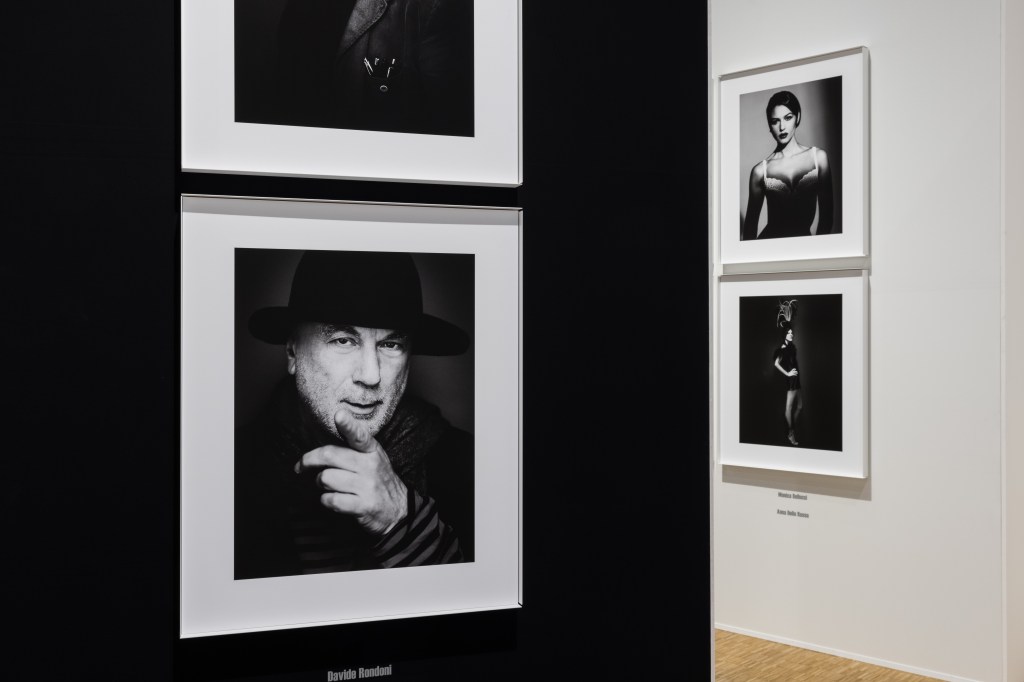 DEAR GIOVANNI: Gentleman photographer Giovanni Gastel is being remembered and celebrated with a new exhibition that bowed Wednesday at Milan’s Triennale museum.

The lensman contributed to the international success of Made in Italy fashion, witnessing the rise of brands such as Versace, Missoni, Gianfranco Ferré and Salvatore Ferragamo, and worked in tandem with glossy magazines including Vogue Italia, with which he established a fruitful relation beginning in 1982.

He died last March aged 65 due to COVID-19-related complications.

The Triennale show, titled “The People I Like,” reprises an exhibit that ran in 2020 at the MAXXI Museum in Rome. The show, arranged over a maze-like room, gathers 200 portraits of high-profile personalities he started shooting in the early Aughts.

The show runs until March 13.

The personalities span across industries and fields. The show opens on the famous intimate portrait of Barack Obama smiling, followed by those of luxury heavyweights such as Diego and Andrea Della Valle, Pierpaolo Piccioli, Remo Ruffini and Ferruccio Ferragamo, among others.

Making a cameo appearance at the tail end of the show is a portrait of Leo, Gastel’s family dog, which drew a smile from many of the attendees at Tuesday night’s press preview.

The main exhibition, located on the ground floor of the Triennale museum, is preceded by a long hallway featuring 20 pictures Gastel realized for the Daniel Swarovski Corporation for a 1991 book called “Jewels of Fantasy.” Gastel photographed Swarovski jewels superimposed on his own fashion images, resulting in a fascinating trompe l’oeil effect.

Giovanna Melandri, director of the MAXXI Museum, recalled how hard it was to convince Gastel to put on a show dedicated to his portraiture’s body of work when they first had the idea of mounting it back in 2020. “Through his portraits, the master managed to express his intimate self,” Melandri said referring to the emotional exchange between Gastel and his subjects.

Opening the soirée, Stefano Boeri, president of the Triennale museum, said: “Gastel was a sophisticated photographer… With a smile, he would make the infallible, precise gesture of a great photographer seem easy. …Milan and art lost him way too soon.”

The opening night was also attended by Oliviero Toscani, another key Italian photographer best known for his long-standing relationship with the Benetton fashion company, among others.

“The great privilege photographers have in doing their job is not necessarily being able to work with fashion and in fashion magazines but being allowed to witness the times, including the good and the bad of it; being allowed to develop a critical sense,” said Toscani.

He recalled his friendship with Gastel was based on sincerity from the first day they met. It happened in the ‘80s, when Toscani was regularly shooting for Edimoda, an Italian fashion magazine of the time. Gastel happened to become his replacement when frictions with the magazine’s editor in chief forced Toscani to quit the job.

Feed Post - January 6, 2022 0
IBrands Global has wrapped up its acquisition of the elevated casualwear label Pam & Gela and is planning to ramp up e-commerce. Financial terms of...