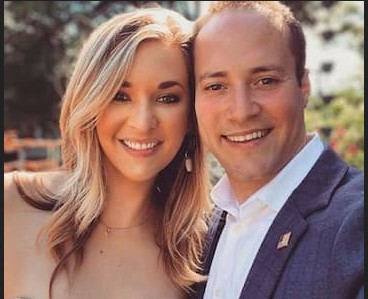 Gavy Friedson is the Director of International Emergency Management and Global Ambassador at United Hatzalah of Israel. He is the husband of Katie Pavlich, an American journalist.

Friedson has not revealed his parents’ names, but he does have a brother named Jonathan Friedson, who attended Boca Raton Community College before going on to Hadassah College for further education.

On July 5, 2017, Gavy married his bride Katie Pavlich. She is a FOX News contributor and co-host of the midday show The Five, as well as a rotating panelist on Outnumbered (weekdays 12-1 p.m./ET).

She is also the editor of Townhall.com and a former Townhall Magazine contributing editor.

When Gavy Freidson was 17 years old, he began volunteering as a United Hatzalah volunteer EMT.

Gavy became excited about the act of jumping on his vehicle and rushing at the site of a medical emergency to save a life after receiving one of the organization’s first ambucycles.

Since then, Gavy has relocated to the United States and now works as a fundraiser in United Hatzalah’s U.S. office to support the organization’s lifesaving work.

Gavy is also the Director of International Emergency Management and the United Hatzalah of Israel’s Global Ambassador.

Gavy makes it a point to visit Israel every year so that he can continue to work on the field and do what he loves best: saving lives.

He previously worked for Set Public Relations in Tel Aviv as a media associate. He was also a member of the Israeli Defense Forces.

He joined the army as an infantry soldier in June 2007 and rose through the ranks to become the spokesperson, a position he held until July 2010.

His net worth is believed to be $2 million.

admin - October 1, 2021 0
Timothy Hawking Hi, Dear All, I will share more exciting information on the topic of Timothy Hawking. Please move on to the article, and I enjoyed...