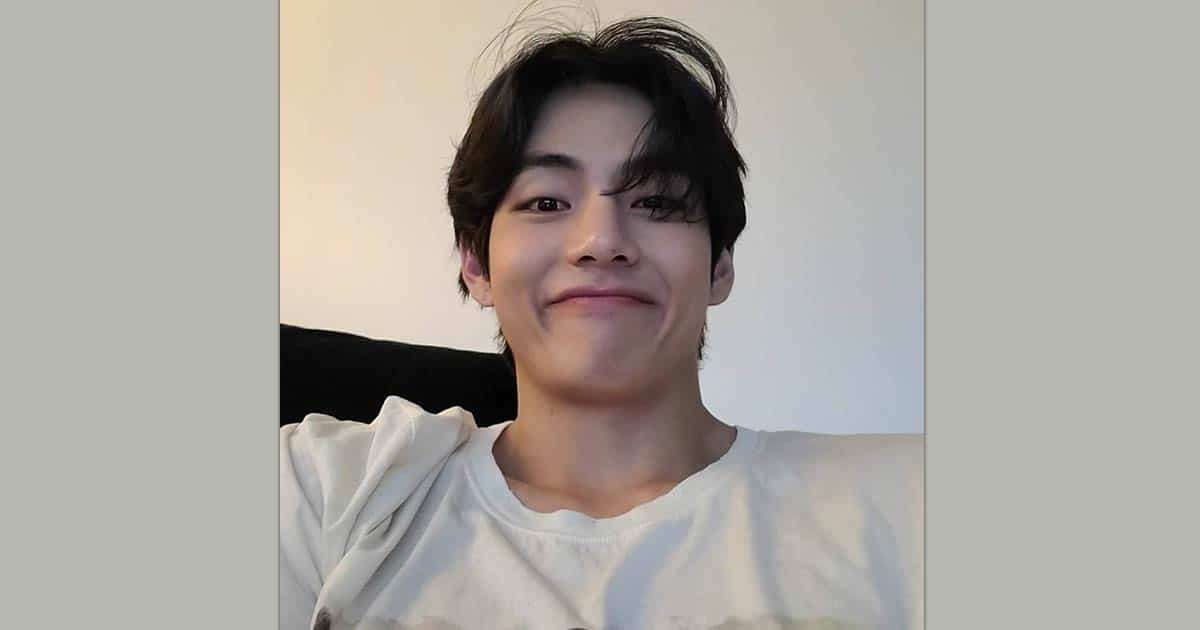 BTS member V’s self-designed bag was recently revealed to the ARMY, and it is already in high demand before its official release. The band is known for having exceptional taste in fashion and has proven it time and again. From red carpets to stages, the South Korean boy band, which consists of six other members, RM, Jin, Jimin, Jungkook, J hope, and Suga, always looks gorgeous and stylish.

It was announced on New Year’s Eve by Big Hit Music, also known as HYBE, that each band member will release their self-designed merch, and their ‘artist-made collections’ would be revealed to the fans one by one.

A preview of BTS member V, aka Kim Taehyung’s self-designed merch, was released on January 8. The singer made a sleek leather Boston bag in a mute colour. It also has the Permission to Dance singer’s signature piece of style- the Vante artworks in the scarf and his favourite colours.

The bag designed by BTS’ V reportedly costs $168 in the US and $153.28 elsewhere. Along with the beautiful Boston bag, a brooch set designed by the singer was also revealed. It also featured his artwork. As soon as the photos were out, the ARMY couldn’t stop admiring the merch and Taehyung’s artistic talent. Many of them took to the comment section to praise the bag and the brooch.

“The bag is absolutely breathtaking, The classic details, the satin ribbon, the small, tiny green line, the color scheme, I’m in love, And the brooch set is very artistic and unique! I love how everything screams Taehyung,” wrote one user. While another one said, “This is so beautiful, elegant and perfect. Even me who is not into bags want this. Taehyungi you did an excellent job as expected.”

A lot of fans have also commented how the price of BTS’ V’s merchandise is quite high. One user wrote, “OMG THIS BAG IS GOING TO BE EXPENSIVE.” Another fan shared the sentiment and wrote, “y’all it looks expensive.” Check out the merch here:

Must Read: Kristen Stewart Has A Wedding Outfit For Her D-Day With Girlfriend Dylan Meyer Planned: “We Kind Of Have To Do The Surprise Thing”

Alec Baldwin Denies Rumours Of Him Not Cooperating With Officials In ‘Rust’ Investigation; Calls It ‘Bullshit’ & A ‘Lie’