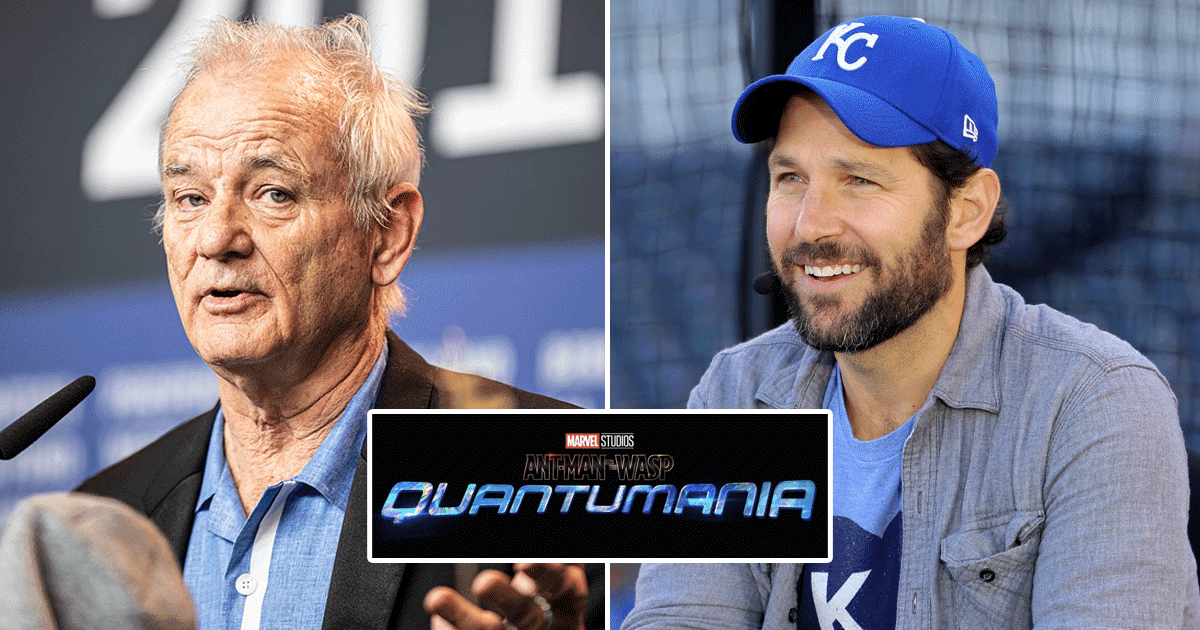 Ant-Man is one of the most followed superheroes of the Marvel Cinematic Universe and the next instalment of the franchise is already underway. The movie will bring back Paul Rudd as the size-shifting superhero and the entire cast lineup is yet to be officially revealed by the team. According to a recent revelation made by actor Bill Murray, he will play a pivotal role in the next instalment, titled Ant-Man and the Wasp: Quantumania.

For the unversed, Paul Rudd and Bill worked together in the recent adventure comedy film Ghostbuster: Afterlife. The movie was directed by Jason Reitman and revolved around a single mother and her two kids who discover fascinating details about the original ghostbusters. The movie also features Stranger things fame Finn Wolfhard and hit the theatres in November 2021.

Ant-Man and the Wasp: Quantumania will bring back the Paul Rudd-Bill Murray combo to the big screens and it seems like fans are already excited for the upcoming action movie. In a recent interaction with Eli Manning, Murray revealed details about his role in the movie, confirming that his character will have a grey side.

On The Eli Manning Show, the host can be seen asking Bill Murray, “Aren’t you in, like, a superhero movie coming out? Ant-Man?” To this, Murray says, “My power is, I’m a bad guy.”

Previously, Bill Murray had appeared on the Jimmy Kimmel show where he mentioned for the first time that he will be a part of the Ant-Man and the Wasp: Quantumania team. He refused to reveal details about his character in the movie which has been scheduled to hit the theatres in 2023. It was also previously confirmed that Peyton Reed will be the director of this movie and Marvel fans already have high expectations from it after the success of Spider-Man: No Way Home.

Tune in to Koimoi for more Hollywood updates

Must Read: No Time To Die Beats Spider-Man: No Way Home In UK-Ireland Box Office With 96.5 Million Pounds Collection!

Alec Baldwin Denies Rumours Of Him Not Cooperating With Officials In ‘Rust’ Investigation; Calls It ‘Bullshit’ & A ‘Lie’