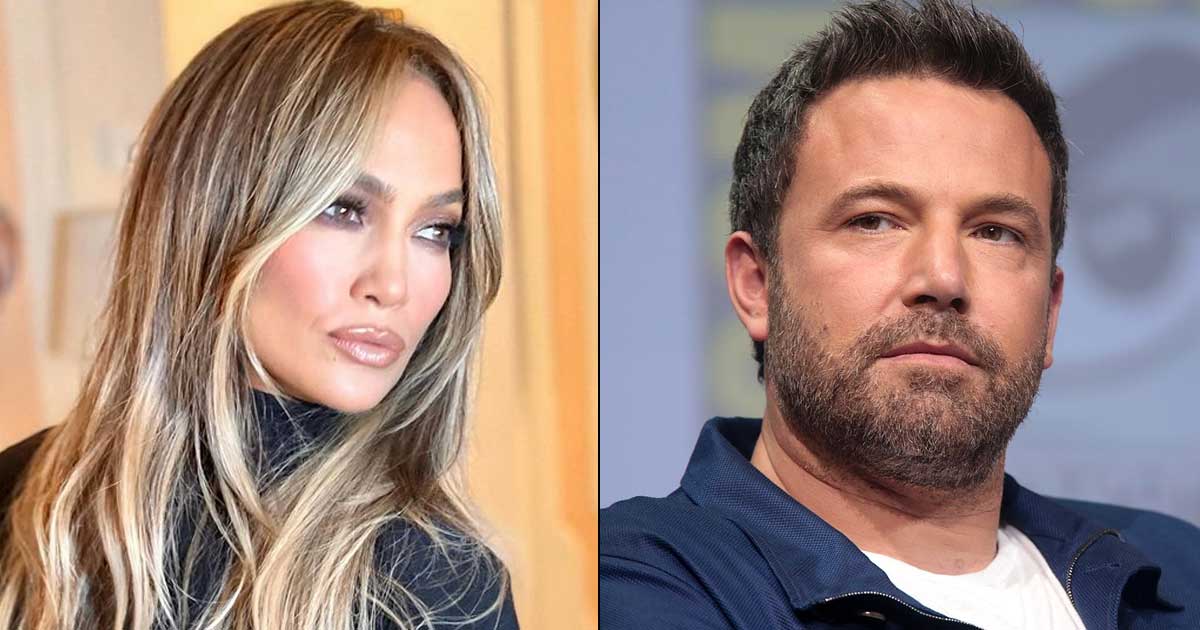 It wasn’t less than a magnum opus historic event for fans when Ben Affleck and Jennifer Lopez reconciled after 18 years of separation and became Bennifer yet again. The couple in the early part of 2021 were constantly in the headlines for their budding romance and how they were with each other the whole time post-Lopez broke up with Alex Rodriguez. After months of speculations and rumours, JLo finally put an end to them by sharing a picture kissing Ben on her birthday.

The two since then have left no single chance to show their PDA and if that wasn’t enough there was also a viral video of them almost making out in a restaurant. They are back together and head over heels in love with each other. After many sources claiming how they have grown inseparable in the past few months, Ben Affleck has now decided to break silence and talk about his new happy place.

In his most recent chat as per Hollywood Life, the actor decided to call his reunion with Jennifer Lopez a ‘great story’. If that wasn’t enough, Ben Affleck even jokes he might just write it all down one day. “I can say that it’s definitely beautiful to me. And, you know, one of the things I really value across all facets of my life now is that it was handled in a way that reflected that,” he said.

“And it is a good story. It’s a great story,” Ben Affleck continued. “And, you know, maybe one day I’ll tell it. I’ll write it all out. And then I’ll light it on fire.” Ben also addressed having another chance with Jennifer Lopez. “I am very lucky in my life in that I have benefited from second chances, and I am aware that other people don’t even get first chances. I’ve definitely tried to take advantage of that. I haven’t always been successful, but in cases in which I have, they’ve turned out to be the defining aspects of my life.”

Ben Affleck and Jennifer Lopez are defined as inseparable this time around. We wish the best for the two lovebirds. Tell us your favourite Bennifer moment in the comments section below. Stay tuned to Koimoi for more information!

Must Read: Encanto, Coco To Moana – 5 Disney Films That Highlight Cultural Diversity At Its Best

Kristen Stewart Post Her Breakup With Rob Pattinson Had Said “I...