Home Biography Allison Stokke Wife of Rickie Fowler: What Happened To Her? 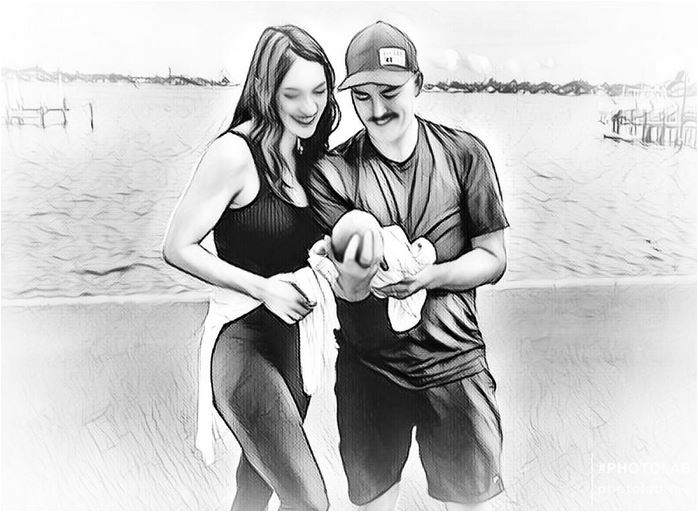 Allison Stokke is a former collegiate and professional pole vaulter. And her husband is Rickie Fowler a well-known golfer. Allison total networth is approx $5million US dollar.

She grew raised in a sports-obsessed environment in Newport Beach, California. Her brother was a national youth gymnast, a sport in which she also competed. Stokke eventually found the sport that would make her renowned after her spell in gymnastics: pole vaulting.

She soon rose to become one of the top high school pole vaulters in the country after starting up the sport.

Stokke went on to win the 15/16 age group in the 2004 US national championships with a spectacular vault. That wasn’t, however, what propelled her into the spotlight — at least not nationally.

Despite being one of the top high school athletes in the country, her achievements in the sport of track and field were hardly mentioned in the media.

Allison Stokke’s National Fame Was Brought to Her by a Viral Photo:

Allison arrived on the scene in unfavourable conditions, with blogs focusing on her beautiful looks rather than her track prowess. All of this occurred when she was only 17 years old.

Stokke was photographed practising for her event while competing at a high school meet in California in 2007. The photographer had no idea what would happen after posting the photo to the state’s track and field website.

The photo was featured on a blog called With Leather at the time, but it was then changed to Uproxx, with the caption: “Meet pole vaulter Allison Stokke… “Hubba hubba, as well as other grunting noises.”

The snapshot soon went viral, even before people were aware of the existence of viral material on the internet.

Modeling agencies and media corporations tried to gain a piece of Stokke’s life, and it eventually took over his life. She talked about the difficulties she had dealing with such prominence at such a young age.

In 2016, Stokke told ESPN, “I feel like myself and that photo are two distinct people.”

“It seems to have taken on its own life.” It’s as if that image is my alter ego, and I sometimes feel like I use it for good, and other times I just leave it out there and don’t deal with it.”

“Photographers would kneel beneath her during meets in the months after the picture went viral, shooting upward as she stood on the runway before an attempt,” ESPN reported.

“Grown males would send postcards to her home in California with handwritten comments — some of the emotions were friendly; others were not.”

More cameras showed up at the rest of her high school meets before she left for college, increasing the amount of attention she received.

Allison Stokke eventually obtained an athletic scholarship to the University of California for her pole vaulting abilities.

She made a quick impact on the team, with one of her vaults breaking the school record for a freshman athlete both indoors and outdoors.

However, the viral photograph followed her to college. According to ESPN, “when Stokke vaulted at Cal, the school deleted her photo from its website because males would routinely want a signed copy.”

In fact, Cal’s sports profile from the school still lacks a photo of her.

The page does, however, detail her various achievements while participating in the Pac-10.

Stokke built on a strong freshman season by qualifying for the NCAA Women’s Division I Track and Field Championships, where she placed 19th overall.

Stokke broke through during her senior year’s Indoor season, after suffering during her junior season — at least by her lofty standards.

After finishing eighth in the NCAA Indoor Championships, she was named an All-American.

Allison Stokke attempted to continue her pole vaulting career in the hopes of competing in the 2012 Olympic Games. After graduating from college, she set a new lifetime best vault, but she couldn’t keep up the momentum.

Stokke failed to qualify for the US Track and Field squad, falling just shy of the qualifying standard.

She continued to participate, but her results deteriorated after her attempt to qualify for the Olympics.

She subsequently ceased competing and became a sponsored athlete for businesses such as Nike, Athleta, and Uniqlo.

The specifics of how Allison Stokke and PGA star Rickie Fowler met are still unknown – at the very least, their lives are still a little mysterious.

The couple first went public with a snapshot from a Moto GP race they attended in Texas in April 2017.

“We tied?” she asked nearly four years ago in the caption of the photo.

Following that, their relationship progressed fast, with Fowler proposing just over a year later.

Stokke told Vogue, “Rickie, Justin Thomas, and I flew up to Southampton a few days early for the U.S. Open.”

“At the end of the day, we were the only ones on one of the beaches, so Rickie asked Justin to photograph us.” Rickie went down on one knee with a big smile on his face when I looked over after a couple of shots.”

Stokke and Fowler are one of the most popular couples in sports. Both had success in their respective sports, with Fowler being ranked No. 66 in the world.

Allison Stokke may no longer be pole vaulting, but she still has a sizable social media following.

She has over 600,000 Instagram followers, and she frequently shares images of herself and Rickie Fowler, as well as sponsored posts.