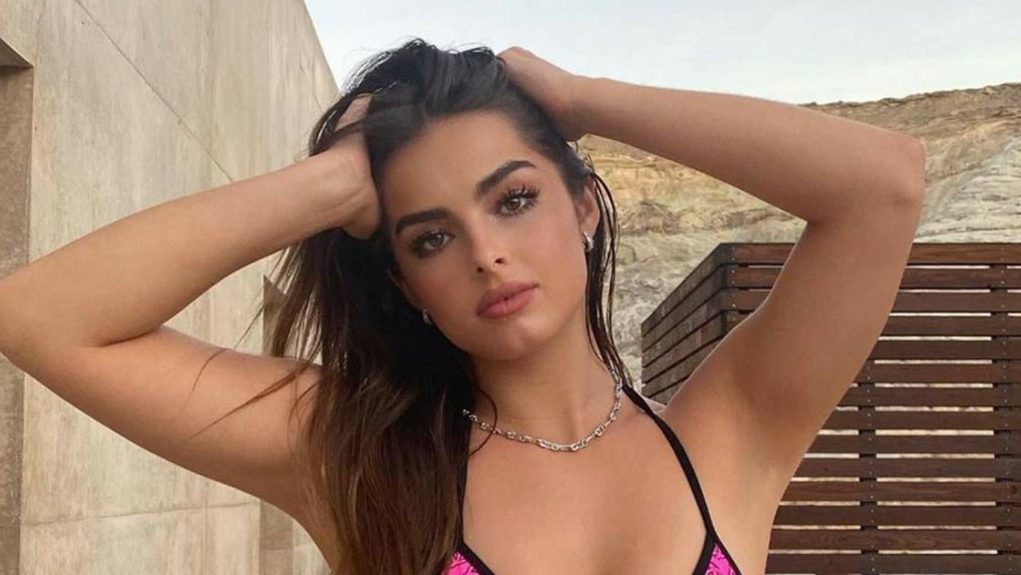 Addison Rae is an internet star from the United States with an estimated net worth of $8 million.

With $5 million in pre-tax earnings in 2020, she was the highest-paid TikTok personality in the world.

That was $1 million more than Charli D’Amelio, the most-followed person on TikTok.

Sponsorships, merchandise, and production deals were among Addison’s sources of income. Her TikTok account @addisonre has almost 80 million followers as of this writing.

She rose to prominence as a result of a series of dance videos. Addison began her TikTok activities in 2019, and by the end of the year, she had accumulated over 80 million followers, making her one of the top three personalities on the platform alongside Charli D’Amelio and Khaby Lame.

Most importantly, she is expected to be the highest-paid TikTok celebrity in 2020.

Addison has dabbled with music and acting in addition to her TikTok endeavours. “Obsessed,” her debut single, was released in 2021.

Addison Rae Easterling was born in Lafayette, Louisiana on October 6, 2000.

Despite the fact that Easterling’s parents split while she was a child, they remarried in 2017.

Addison was raised in a Christian home with her two younger brothers. Many of her relatives have since gone on to build their own TikTok followings.

Rae began taking dancing lessons at a young age and was competing in dance competitions around the country by the age of six.

Her rising fame on TikTok, however, persuaded her to drop out of education, go to Los Angeles, and focus solely on a career in the entertainment industry.

In 2019, Addison began her career by uploading her first dancing videos to TikTok. In 2019, she also became a member of the Hype House, a collaborative collective.

This group allows various content makers to cooperate on various projects and generate videos together. Rae had over one million followers just a few months after joining the network.

This persuaded her to drop out of education, believing that if she took her TikTok presence seriously enough, she might transform it into a legitimate career.

Rae also moved into other online platforms around this time, most notably YouTube and Instagram. She signed with WME, a talent agency, in 2020.

Addison has demonstrated an aptitude for comedic skits, lip-syncs, trends, and a variety of other popular themes for her TikTok videos in addition to her dancing videos.

Rae had landed her first brand endorsement deals by July 2020. She started with American Eagle, where she was featured in a “virtual photoshoot” in her own bedroom for their “Back to School” ad.

She then co-hosted a podcast with her mother and created Item Beauty, a cosmetics company. Within this company, Rae is the Chief Innovation Officer.

Addison portrays a character inspired by Freddie Prinze Jr.’s part in the original film in the reboot, which is a gender-swapped modernity.

She had then struck a deal with Netflix, according to reports. This was supposedly a multi-picture contract, with Addison set to star in a number of future films for Netflix. Rae also released her first single in 2021.

Rae was reported to have cancelled a scheduled performance at the iHeart Radio Music Festival in late 2021.

She said that she wasn’t “ready to offer 110 percent” and that it wouldn’t be fair to her followers if she wasn’t fully dedicated to the show.

She was in New York City for the Met Gala and Fashion Week during this time.

Addison Rae rated TikTok star Bryce Hall, but the couple split up after a year.

She’s also recognised for her platonic friendship with Kourtney Kardashian and other Kardashian family members.

Addison featured on the popular reality show “Keeping Up with the Kardashians” after building a close bond with Kourtney.

Addison was reportedly chastised for appearing on “The Tonight Show” without sufficient Covid-19 protection, opting for a glass face shield instead of a mask.

Furthermore, it has been widely assumed that Rae is a Trump supporter. She hugged him after a UFC fight, and it’s been said that she “liked” some of the former president’s tweets in the past.

For the most part, Rae’s publicists have been silent on the matter, but they have stated that the “liked” posts were the product of a technical problem.

She subsequently donated her $1 million reward to the No Kid Hungry charity.

Addison was the highest-paid TikTok star in the world in 2020, according to reports.

She made $5 million in pre-tax profits per year, more than Charli D’Amelio, the second highest-paid TikTok star, who made $4 million. With $3 million, Dixie D’Amelio came in second.

It’s worth noting that the majority of her earnings come from brand endorsements, sponsorships, and partnerships with well-known companies. Reebok, Hollister, American Eagle, and L’Oreal are among them.

Outside, there is a beautifully planted yard with numerous palm trees.