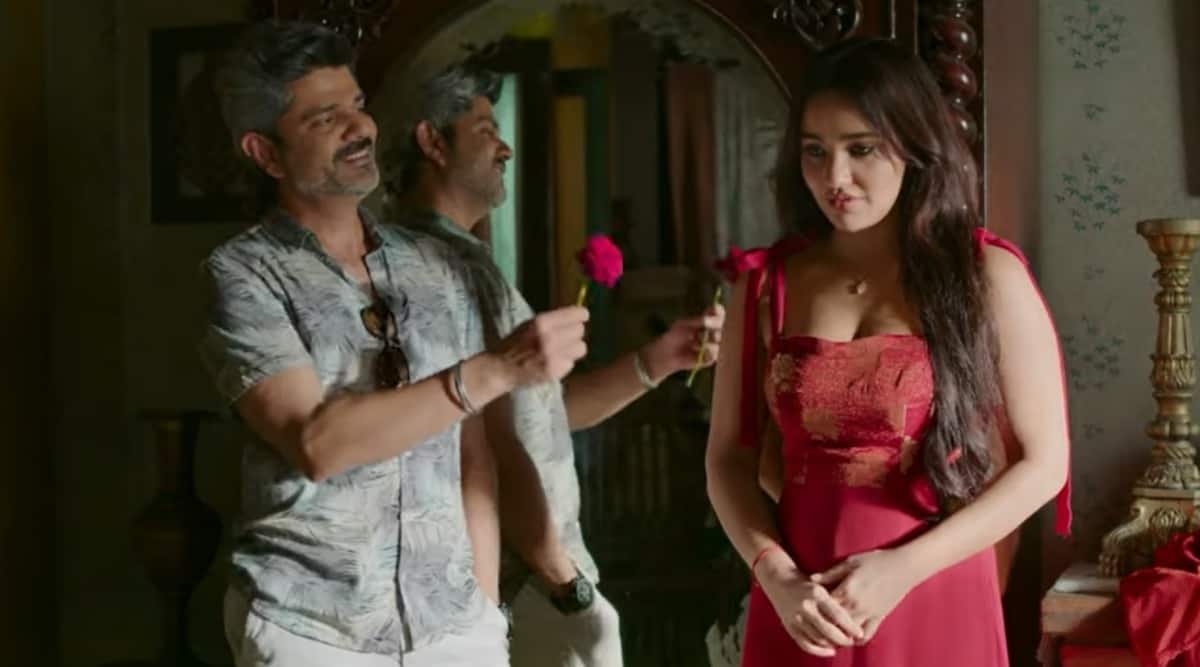 ZEE5 on Monday released the trailer of its latest original Aafat-E-Ishq, which stars Neha Sharma in the lead role. What looks like a typical small-town rom-com soon turns out to be a thrilling ride leaving viewers stumped with its twists and turns. A remake of Hungarian film Liza, the Fox-Fairy, Aafat-E-Ishq also stars Namit Das, Deepak Dobriyal, Amit Sial and Ila Arun among others.

In the trailer, Neha Sharma plays Lallo, a naive sweet girl on a quest to find true love. Her friend suggests using a dating app, and she soon finds herself on a string of dates. However, each one ends in tragedy, with the suitors dying in freak accidents. As Lallo becomes the prime suspect, Ila Arun, who presumably plays her grandmother, is quick to draw comparison with the old pulp novel where suitors of Laal Pari, a fabled cursed woman, died as soon as they fell in love with her. Is Lallo cursed, or is there more to Lallo’s story than meets the eye?

Neha Sharma shared that she was excited to bag the film, given Lallo is so different from the characters she has played before. In a statement, the actor said, “Lallo is from a small town in the India heartland, so I had to work hard on getting the local dialect and Hindi diction right. I also had to go through a makeover as I will be seen in a completely de-glam role. However, it was one of the most satisfying characters to play as Lallo is so unique and one of a kind.”

Director Indrajit Nattoji added, “Aafat-E-Ishq is my Indian heartland version of ‘Liza, the Fox-Fairy’. I can safely say that Aafat-E-Ishq is an adaptation and not a remake. A reboot with some new twists, eclectic original music and quirky small-town Indian characters. I hope the film catches the audience’s imagination and succeeds in entertaining them, something we all need as we slowly emerge from a devastating pandemic”.

Produced by Zee Studios, Aafat-E-Ishq will premiere on ZEE5 on October 29.

The Boys Season 3 gets a release date, watch teaser here

Best of 2021: Shubhra Gupta picks up best web-series from India...

Feed Post - December 21, 2021 0
It’s taken me less than a year to go from someone who didn’t take web-produced ‘content’ seriously (how can anyone take anything as generic...