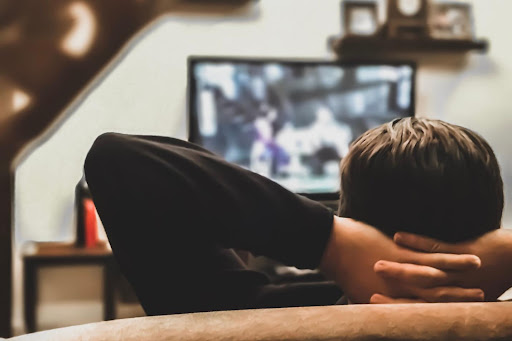 Thrillers are one of the most popular movie genres around. They keep you on the edge of your seat and make your heart race as you watch the characters in the film try to outsmart their opponents or survive dangerous situations.

If you’re a fan of thrillers, then you’ll want to check out this list of the best thriller movies ever made. These films will keep you entertained from beginning to end. So put on your favorite thriller and get ready for a thrilling ride!

This 2001 thriller is based on the true story of John Nash, a mathematician who suffers from schizophrenia. It’s an excellent film that will both educate and entertain you. If you’re looking for a different kind of thriller, then this is the one for you. It stars Russell Crowe and Jennifer Connelly. The story is fascinating, and the acting is superb, which makes it one of the best thrillers ever made. Download this movie for free on piratebay and have a thrilling weekend.

This 1999 thriller starring Bruce Willis and Haley Joel Osment is a classic. It’s a must-see for any fan of the genre. The story is haunting and will stay with you long after you’ve seen it. Willis delivers an excellent performance, and Osment is downright chilling as the young boy who can see dead people. It’s a truly unforgettable film.

3. The Silence of the Lambs This 1991 film starring Jodie Foster and Anthony Hopkins is one of the best thrillers ever made. It’s based on the novel by Thomas Harris and tells the story of Clarice Starling, an FBI agent who must track down a serial killer. Hopkins plays Hannibal Lecter, a psychopathic cannibal, and delivers one of the best performances in cinematic history. The film was nominated for Academy Awards for Best Picture, Best Director, Best Actor, Best Actress, and Best Screenplay. It won five awards, including Best Picture and Best Actor.

This 2001 thriller stars Nicole Kidman and Fionnula Flanagan. It’s a different kind of film than what you’re used to seeing, but it’s definitely worth watching. The story is unique, and the acting is great, which makes it one of the best thrillers out there. It was nominated for a number of awards, including an Academy Award for Best Actress.

5. The Girl with the Dragon Tattoo

This 2011 film is based on the best-selling novel of the same name. It tells the story of Lisbeth Salander, a computer hacker who helps journalist Mikael Blomkvist investigate a series of murders. The Girl with the Dragon Tattoo is an edge-of-your-seat thriller that will keep you entertained from beginning to end. It’s well-written, well-acted, and directed by David Fincher, one of the best directors in Hollywood. This is a 2014 movie that was not well received by critics but still managed to be a pretty good thriller. It stars Jeff Bridges as an old-world witch hunter who must team up with the seventh son of a seventh son to take down a powerful witch. The story is full of action and suspense and is worth watching if you’re looking for a good thriller.

This is the third and final movie in the Bourne series. It was released in 2007 and was praised by critics for its intense action sequences and a well-crafted plot. If you’re a fan of thrillers, then this is a movie you won’t want to miss. It stars Matt Damon as Jason Bourne, an amnesiac who is trying to piece together his past. The movie is full of twists and turns and will keep you guessing until the very end.

This 2001 movie is based on the best-selling novel by Thomas Harris. It tells the story of Hannibal Lecter, a cannibalistic serial killer who is on the run from the FBI. The movie is full of suspenseful moments and shocking twists that will keep you glued to your seat until the very end. It’s a must-watch for any thriller fan. Not only does it feature some of the best acting by Anthony Hopkins, but it’s also one of the most suspenseful movies ever made. This 2006 movie is based on the best-selling novel by Dan Brown. It tells the story of Robert Langdon, a professor of symbology who tries to solve a murder mystery that involves clues hidden in the works of Leonardo da Vinci. The movie is full of twists and turns and will keep you guessing until the very end. Regardless of whether you’ve read the book or not, this is a movie that you won’t want to miss.

This 1994 movie is based on the novella Rita Hayworth and Shawshank Redemption by Stephen King. It tells the story of Andy Dufresne, a banker who is sent to prison for a murder he didn’t commit. The film follows his journey as he tries to survive in prison and eventually escapes. This movie is full of suspense and will keep you on the edge of your seat until the very end.

These are just a few of the best thriller movies ever made. If you’re a fan of suspenseful films, then you’ll want to check out all of these titles. So put on your favorite thriller and get ready for a thrilling ride!